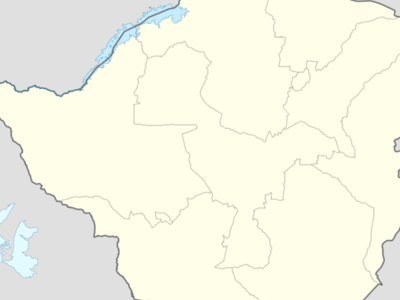 Marondera is a town in Mashonaland East, Zimbabwe, located about 72 km east of Harare; population 39,384 (Central Statistical Office, Zimbabwe. Census of Population, 1992. The population was estimated at 46,000 in 2002. Harare: Government Printer). One of the earliest centres of white settlement in the former colony of Southern Rhodesia, Marondera was one of the centres of Zimbabwe's large forestry and farming district and markets timber, tobacco, corn (maize), beef, and dairy products until the seizure of white-owned farms and redistribution of land began in 2000.

Here's the our members favorite photos of "Towns & Villages in Harare". Upload your photo of Marondera!

Going to Marondera? Get answers from our friendly locals