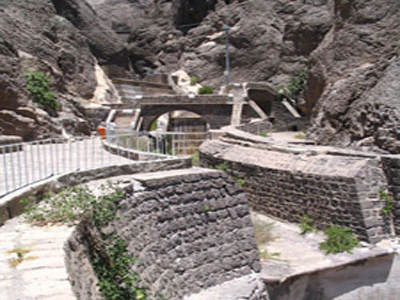 Save me
Been here
Want to go
Show on Map
Here to help 11 tour guides, 3 locals and 1 ambassador

Aden listed amongst the UNESCO World Heritage Site attracts travelers towards its picturesque landscapes and scenic natural harbor. The city is blessed with several architectural wonders, mosques, museums and striking beaches. Crater is one of the best known areas in Aden, renowned for its artifacts and landmarks. Seira Fort and the Fort of Jabal Ghadir are some of the top attractions for tourists in Crater.

The Cisterns of Tawila or Tawila Tanks are Aden’s famous tourist attractions. Originally there were 53 tanks, of which only 13 are left. These tanks were used for storing rainwater. The Aden Minaret is a part of a grand mosque, consisting of six stories and is octagonal in shape. One of the top tourist attractions in Aden, the minaret is also an important historical and religious site.

Here's the our members favorite photos of "Cities in Yemen". Upload your photo of Aden!

Going to Aden? Get answers from our friendly locals