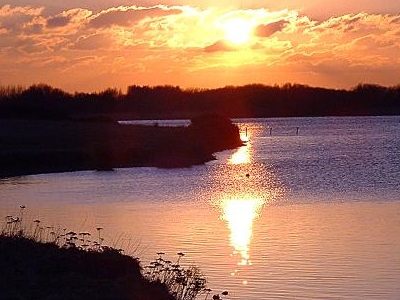 Kenfig Pool is a National Nature Reserve situated near Porthcawl, Bridgend. Wild storms and huge tides between the 13th and 15th centuries are mainly responsible for creating the Kenfig dunes near Porthcawl, as they threw vast quantities of sand up over the Glamorgan coast. This buried the nearby borough of Kenfig, and its castle, of which only the tower is still visible.

The largest freshwater lake in south Wales, Kenfig Pool, lies at the heart of the National Nature Reserve and is a valuable stopping point for migrating birds. The lake's maximum depth is about 12 feet. An island, built by the aristocrats living in nearby Margam to encourage wildfowl (which they would shoot) to nest there, has long since sunk beneath the waters.

Here's the our members favorite photos of "Nature Reserves in Cardiff". Upload your photo of Kenfig Pool!

Going to Kenfig Pool? Get answers from our friendly locals