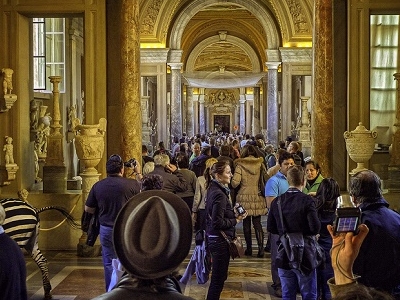 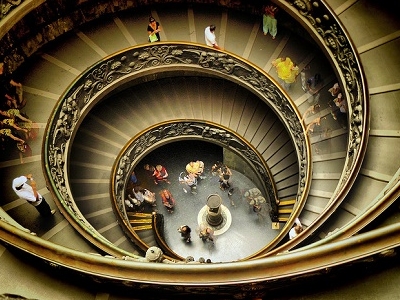 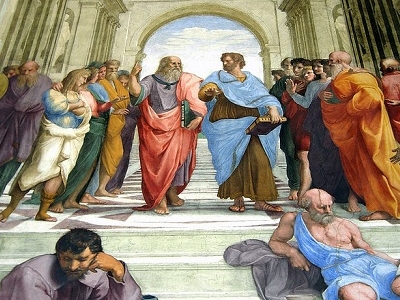 The Vatican Museums (Italian: Musei Vaticani), in Viale Vaticano in Rome, inside the Vatican City, are among the greatest museums in the World, since they display works from the immense collection built up by the Roman Catholic Church throughout the centuries, including some of the most renowned classical sculptures and most important masterpieces of Renaissance art in the world.

Pope Julius II founded the museums in the early 16th century. The Sistine Chapel and the Stanze della Segnatura decorated by Raphael are on the visitor route through the Vatican Museums. They were visited by 4,310,083 people in the year 2007. The Vatican Museums trace their origin to one marble sculpture, purchased 500 years ago. The sculpture of Laocon, the priest who, according to Greek mythology, tried to convince the people of ancient Troy not to accept the Greeks' "gift" of a hollow horse, was discovered 14 January 1506, in a vineyard near the basilica of Santa Maria Maggiore in Rome.

Pope Julius II sent Giuliano da Sangallo and Michelangelo Buonarroti, who were working at the Vatican, to examine the discovery. On their recommendation, the pope immediately purchased the sculpture from the vineyard owner. The pope put the sculpture of Laocon and his sons in the grips of a sea serpent on public display at the Vatican exactly one month after its discovery.

Pinacoteca Vaticana:
The art gallery was housed in the Borgia Apartment, until Pope Pius XI ordered construction of a proper building. The new building was inaugurated on October 27, 1932.[4] The designer was Luca Beltrami. The museum has paintings including:

Visitors:
Usually more than 4 million people visit the Museums every year. In 2011, the number of visitors reached 5 million. (by Editor Report Antonio Paolucci in "L'Osservatore Romano" of January 10, 2012)

Works In The Vatican Museums:
Photo of a long wide corridor filled with a crowd of people in casual dress. The ceiling is arched and is elaborately decorated with gilt stucco and small brightly coloured pictures. The walls have frescoes of large maps, each of which has a brilliant blue background.

Here's the our members favorite photos of "Museums in Vatican City". Upload your photo of Vatican Museums!

Going to Vatican Museums? Get answers from our friendly locals

Get in touch with 7 Touristlink members who want to visit Vatican Museums or with PEREZ DANIEL, Michele Timini and 19 others who already have been here.