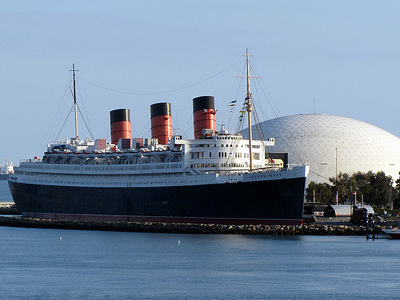 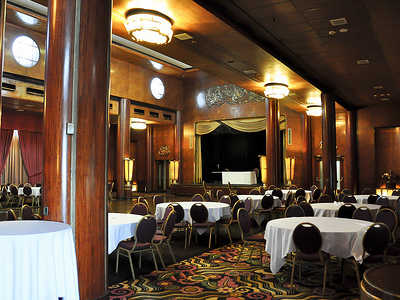 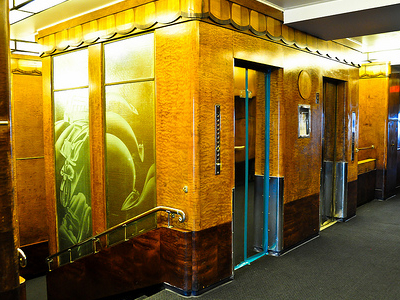 RMS Queen Mary is a retired ocean liner that sailed primarily in the North Atlantic Ocean from 1936 to 1967 for the Cunard Line (known as Cunard-White Star when the vessel entered service). Built by John Brown & Company in Clydebank, Scotland, Queen Mary along with her running mate, the RMS Queen Elizabeth, were built as part of Cunard's planned two-ship weekly express service between Southampton, Cherbourg, and New York City. The two ships were a British response to the superliners built by German and French companies in the late 1920s and early 1930s.

Queen Mary was the flagship of the Cunard Line from May 1936 until October 1946 when she was replaced in that role by Queen Elizabeth. With the outbreak of World War II, she was converted into a troopship and ferried Allied soldiers for the duration of the war. Following the war, Queen Mary was refitted for passenger service and along with Queen Elizabeth commenced the two-ship transatlantic passenger service for which the two ships were initially built. The two ships dominated the transatlantic passenger transportation market until the dawn of the jet age in the late 1950s. By the mid-1960s Queen Mary was aging and though still among the most popular transatlantic liners, was operating at a loss.

After several years of decreased profits for Cunard Line, Queen Mary was officially retired from service in 1967. She left Southampton for the last time on 31 October 1967 and sailed to the Port of Long Beach, California, United States, where she remains permanently moored. Much of the machinery including two of the four steam turbines, three of the four propellers, and all of the boilers were removed, and the ship now serves as a tourist attraction featuring restaurants, a museum, and hotel. The ship is listed on the National Register of Historic Places. The National Trust for Historic Preservation has accepted the Queen Mary to be part of the Historic Hotels of America.

Here's the our members favorite photos of "Museums in Long Beach City". Upload your photo of RMS Queen Mary!

Going to RMS Queen Mary? Get answers from our friendly locals

Get in touch with 18 Touristlink members who want to visit RMS Queen Mary or with Paul Kuriah, Paul Collagan and 2 others who already have been here.