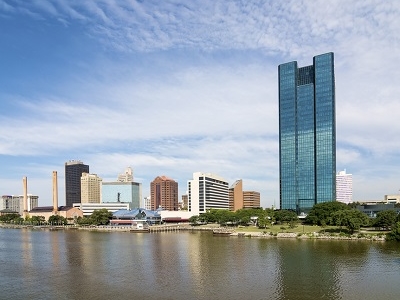 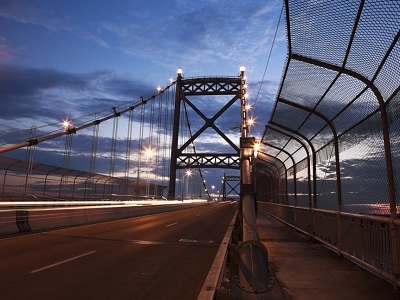 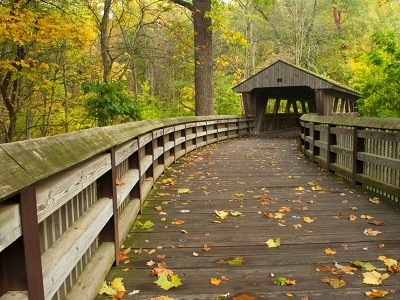 Toledo is the fourth most populous city in the U.S. state of Ohio and is the county seat of Lucas County. Toledo is in northwest Ohio, on the western end of Lake Erie, and borders the State of Michigan. The city was founded in 1833 on the West Bank of the Maumee River, originally incorporated as part of Monroe County, Michigan Territory, then re-founded in 1837, after conclusion of the Toledo War, when it was incorporated in Ohio. Toledo grew quickly as a result of the Miami and Erie Canal and its position on the railway line between New York and Chicago. It has since become a city well known for its industry, particularly in glass and auto assembly, as well as for its art community, education, and local sports teams. The population of Toledo as of the 2010 Census was 287,208, while the Toledo metropolitan area had a population of 651,409.

Economy:
Before the industrial revolution, Toledo was a port city on the Great Lakes. But with the advent of the automobile, the city became best known for industrial manufacturing, although these industries have declined considerably in recent decades. Both General Motors and Chrysler had factories in metropolitan Toledo, and automobile manufacturing has been important at least since Kirk began operations early in the 20th century. Though the largest employer in Toledo was Jeep for much of the 20th century, this honor has recently gone to the University Of Toledo. Manufacturing as a whole now employs fewer Toledoans than does the healthcare industry, now the city's biggest employer. HCR Manor Care is an up and coming Fortune 1000 company headquartered in Toledo. The metro area is home to three Fortune 500 companies: Dana Corporation, Owens Corning and Owens Illinois. Formerly located at One SeaGate, O-I has recently relocated to suburban Perrysburg. One SeaGate is currently the location of Fifth-Third Bank's Northwest Ohio headquarters.

Major Highways:
There are three major highway interstates that run through Toledo. Interstate 75 (I-75) travels north-south and provides a direct route to Detroit and Cincinnati. The Ohio Turnpike carries east-west traffic on Interstate 80 and Interstate 90. The Turnpike is connected to Toledo via exits 52, 59, 64, 71, and 81. The Turnpike connects Toledo to South Bend and Chicago to the West and Cleveland to the East. In addition, there are two minor highway interstates in the area. Interstate 475 is a loop that both begins and ends on I-75 in Perrysburg and West Toledo, respectively. Interstate 280 is a spur that travels mostly through east Toledo. This highway travels over the newly constructed Veterans' Glass City Skyway which was most expensive ODOT project ever at its completion. This 400-foot (120 m) tall bridge includes a glass covered pylon, which lights up at night, adding a distinctive feature to Toledo's skyline. The Anthony Wayne Bridge, a 3,215-foot (980 m) suspension bridge crossing the Maumee River, has been a staple of Toledo's skyline for more than 70 years. It is locally known as the "High-Level Bridge."

Airports:
Toledo Express Airport, located in the suburbs of Monclova and Swanton Townships, is the primary airport that serves the city. Additionally, Detroit Metropolitan Wayne County Airport is 45 miles north. Toledo Executive Airport (formerly Metcalf Field) is a general aviation airport southeast of Toledo near the I-280 and Ohio SR 795 interchange. Toledo Suburban Airport is another general aviation airport located in Lambertville, MI just north of the state border.

Here's the our members favorite photos of "Cities in Ohio". Upload your photo of Toledo!

Going to Toledo? Get answers from our friendly locals