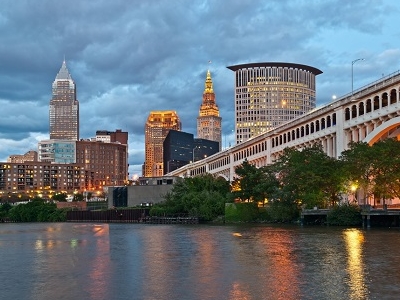 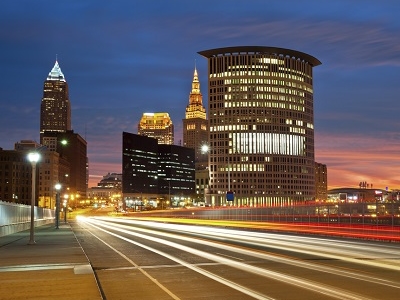 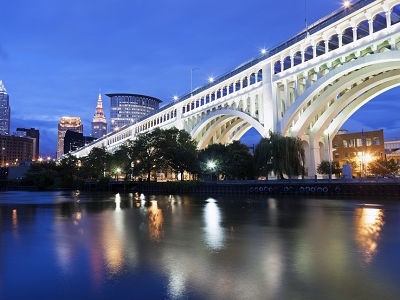 Downtown Cleveland has seen a recent upswing due to the cleansing of the coastline and the revitalization of downtown. New sports stadiums and the Rock and Roll Hall of Fame have brought to life an otherwise depressing region.

The Flats, the former warehouse district on the lake, has been transformed into a lively nightspot. Converted spaces now house large nightclubs and music venues, indoor and outdoor. University Circle is also an interesting stop. Home to Case Western University, this area also has a slew of after hours dives and diners.

An upside to being on the formerly dingy lake is the long beachfront it affords you. Mere miles from the city is Cleveland Lakefront State Park. Its sandy shores attract locals in droves during summer months.

Here's the our members favorite photos of "Cities in Ohio". Upload your photo of Cleveland!

Going to Cleveland? Get answers from our friendly locals