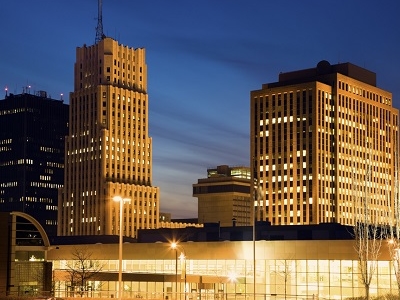 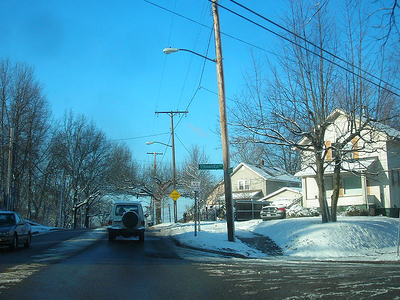 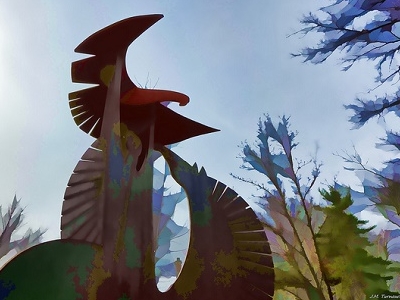 More Photos >
Save me
Been here
Want to go
Show on Map
Here to help 1 tour guides, 4 locals and 1 ambassador

Akron was co-founded in 1825 when suggested by Paul Williams to Simon Perkins. In 1833, "South" was temporarily added to the name when Eliakim Crosby settled a bordering North Akron. After Summit County formed from portions of Portage, Medina, and Stark counties in 1840, Akron succeeded Cuyahoga Falls as county seat a year later. The Akron School Law of 1847 created the K-12 system. In 1851, Sojourner Truth attended a convention and extemporaneously delivered the original "Ain't I a Woman?" speech. During the Civil War, Ferdinand Schumacher supplied the Union Army with oats produced by his mill along the Ohio Canal. Between the 1870s and World War I, numerous churches across the nation were built using the Akron Plan.

Residents of Akron are referred to as "Akronites". Nicknames include "Rubber City", "City of Invention", and the more historical "Rubber Capital of the World".

History
In 1811, Paul Williams settled near the corner of what is now Buchtel and Broadway and suggested to surveyor of the Connecticut Western Reserve General Simon Perkins, the co-founding of a town at the summit of the developing Ohio and Erie Canal. The name derived from the Greek word ἄκρον signifying a summit or high point. Laid out in December 1825, where the South Akron neighborhood now is; Irish laborers working on the Ohio Canal built approximately 100 cabins nearby in autumn. Due to Eliakim Crosby founding "North Akron" (Cascade) in 1833, "South" was added to Akron's name up until the two merged and became an incorporated village in 1836. In 1840 Summit County formed from portions of Portage, Medina, and Stark counties. Akron replaced Cuyahoga Falls as its county seat a year later and opened a canal connecting to Beaver, Pennsylvania, helping birth the stoneware, sewer pipe, fishing tackle, and farming equipment industries. In 1844, Abolitionist John Brown moved into the John Brown House across the street from business partner Colonel Simon Perkins whom lived in the Perkins Stone Mansion. The Akron School Law of 1847 began the K-12 grade school system, which currently is used in every U.S. state.

Culture
Akron is home to E. J. Thomas Hall, the largest of three Akron performance halls. Regular acts include the Akron Symphony Orchestra, Tuesday Musical Club, and Children's Concert Society. World-class performances events include Broadway musicals, ballets, comedies, lectures, entertainers, attracting 400,000 visitors annually. The hall seats 2955, divided among three tiers. To maintain top-notch acoustic sound, the counter-weighted ceiling is adjustable, altering the physical dimensions of the hall. Located downtown is the Akron Civic Theater, which opened in 1929 as the Loewe's Theater. This atmospheric-style theatre was designed by John Eberson and contains many Moorish features including arches and decorative tiles. It originally featured elaborate wood carvings, alabaster statuary, and European antiques. The theater got its current name in 2001 after remodeling. Behind it on the canal is the Lock 3 Park amphitheater, which annually host the First Night in Akron.

The Akron Art Museum also located downtown, features art produced since 1850 along with national and international exhibitions. It opened in 1922 as the Akron Art Institute located in the basement of the Akron-Summit County Public Library. It moved to its current location at the renovated 1899 old post office building in 1981. In 2007, the museum more than tripled in size with the addition of the John S. and James L. Knight Building, which received the 2005 American Architecture Award from the Chicago Athenaeum while still under construction.

Built between 1912 and 1915 for Frank Seiberling, Stan Hywet Hall and Gardens ranks seventh on the list of Largest Historic Homes in the United States. Located within the Sand Run Metro Parks, the 104 acres (0.42 km2) F.A. Seiberling Nature Realm features a visitors' center, hiking trails, three ponds, gardens, and an array of special programs throughout the year. The Akron Police Museum displays mementos including items from Pretty Boy Floyd, whose gang frequented the city. The city is home to several other galleries and museums include American Marble and Toy Museum and the Don Drumm Studios & Gallery.

In popular culture
In the musical comedy, Glee, Vocal Adrenaline, the New Directions rivals are from a fictional school named Carmel High School, which is set in Akron. Thomas and Beulah, a book of poetry written by native and former Poet Laureate Consultant in Poetry to the Library of Congress, Rita Dove, tells the story of her grandmother and grandfather who separately moved from the South to the city, where they lived through the Great Depression and the rest of their lives. The city is also the setting for the novel The Coast of Akron, by former editor of Esquire, Adrienne Miller. To reflect Akron's decline during the 80s, Native Chrissie Hynde wrote the Pretenders song "My City Was Gone". The Black Keys album title Rubber Factory refers to the former Goodrich Corporation rubber factory in which it was recorded. Akron serves as a setting in the first-person-shooter PC platform video game, No One Lives Forever 2: A Spy In H.A.R.M.'s Way.

Tourism
There are numerous attractions and Points of Interest in the Akron Area. The Akron Art Museum has been operating since 1922 and is currently located downtown, showcasing over 20,000 square feet of art produced since 1850. Stan Hywet Hall and Gardens is the estate of F.A. Seiberling, founder of Goodyear Tire and Rubber Company. The manor is open for public viewing and hosts various attractions and public events throughout the year. In the heart of downtown, The Akron Civic Theatre has provided the community with a venue for quality entertainment and live performances for over eighty years. Lock 3, a historical Ohio and Erie Canalway landmark, has been transformed into an entertainment amphitheatre that hosts festivals, concerts, and community events all year long.

The Akron Zoo is located just outside downtown and was an initial gift of property from the city's founding family. In Highland Square, Akron hosts a convergence of art, music, and community annually called Art in the Square, a festival featuring local artists and musicians.

Here's the our members favorite photos of "Cities in Ohio". Upload your photo of Akron!

Going to Akron? Get answers from our friendly locals