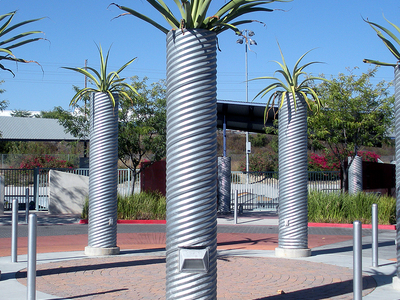 Lake Forest is a city in Orange County, California. The population was 77,264 at the 2010 census. Lake Forest incorporated as a city on December 20, 1991. Prior to a vote of the residents in that year, the community had formerly been known as El Toro since the 1880s. Since being incorporated, Lake Forest has expanded its limits to include the communities of Foothill Ranch and Portola Hills.

Foothill Ranch and Portola Hills are master planned developments that brought new homes and commercial centers to the Eastern boundary of Lake Forest throughout the 1990s. Lake Forest (along with its neighboring cities Mission Viejo and Irvine) is ranked as one of the safest cities in the country. The private research firm Morgan Quitno ranked Lake Forest as the 15th safest city and another firm later ranked Lake Forest 10th in 2007 in the United States.

The city has two "lakes" from which the city gets its name. The lakes are man-made, and condominiums and custom homes ranging from large to small line their shores. The Lake Forest Beach and Tennis Club and Sun and Sail Club feature tennis courts, gyms, basketball courts, barbecue pits, volleyball courts, multiple swimming pools, saunas, hot tubs and club houses for social events. The "forest" for which the city is also named lies in the area between Ridge Route, Jeronimo, Lake Forest and Serrano roads, and consists mostly of Eucalyptus trees.

It began in the 1900s (decade) when a local landowner, Dwight Whiting, planted 400 acres (1.6 sq km) of Eucalyptus groves in the vicinity of Serrano Creek as part of a lumber operation. In the late 1960s, the Occidental Petroleum company developed a residential community in and around the Eucalyptus groves which had long since expanded and grown much more dense.

Parks and Education
Lake Forest is also home to two county parks. Whiting Ranch in the eastern part of the city was the site of an infamous mountain lion mauling in 2004 that captured the attention of the West Coast news media. Heritage Hill historical park is home to some of the oldest buildings in the county, including the Serrano Adobe, the old El Toro School House, and St. Georges Episcopal Church. Lake Forest has one high school, El Toro High School. The high school was opened in 1973.

It has established itself as one of the top schools in Southern California, along with the other three comprehensive high schools in the Saddleback Valley Unified School District. The mascot is a bull and its teams are known as the Chargers. School colors are blue and gold. Lake Forest is served by two libraries of the Orange County Public Library. Lake Forest also has etnies Skatepark, which is the largest public skatepark with over 40,000 square feet (3,700 sq m).

Culture
The city of Lake Forest puts on an annual summer concert at Pittsford park. Other public events include the Fourth of July 5K run and fireworks display over the lake at the Sun & Sail club. Popular hang-outs for Lake Forest includes: "Regal" (the Foothill Town Center's Regal Cinemas Stadium 22), The Spectrum (the Irvine Spectrum Center, an outdoor shopping center in neighboring Irvine, CA), various restaurants along the El Toro Road and Lake Forest Drive corridors (this includes The Orchard Shopping Center, and the Laguna Hills Mall in the neighboring city of Laguna Hills), and several beaches in southern Orange County (most notably: Trestles in San Clemente, Corona del Mar State Beach in Newport Beach, Balboa Peninsula in Newport Beach, and 1000 Steps in Laguna Beach).

Here's the our members favorite photos of "Cities in Orange County". Upload your photo of Lake Forest City!

Going to Lake Forest City? Get answers from our friendly locals