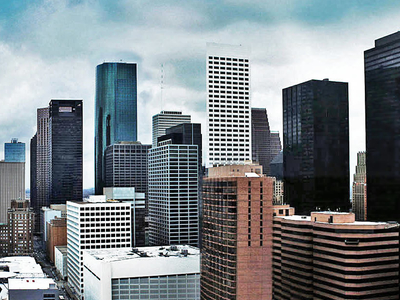 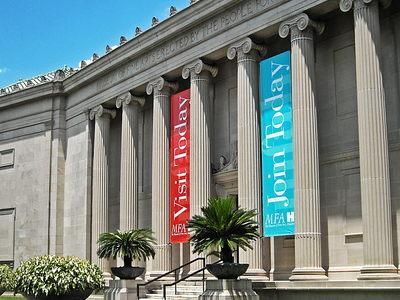 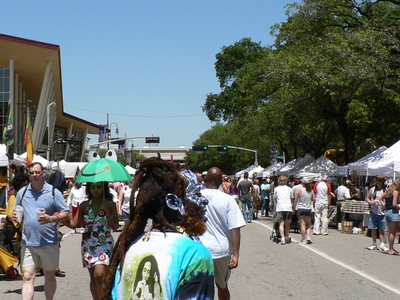 More Photos >
Save me
Been here
Want to go
Show on Map
Here to help 12 tour guides, 35 locals and 1 ambassador

Houston (/ˈhjuːstən/ HYOO-stən) is the largest city in Texas and the fourth-largest city in the United States. According to the 2010 U.S. Census, the city had a population of over 2.1 million people within a land area of 599.6 square miles (1,553 km sq). Houston is the seat of Harris County, and its metropolitan area is the fifth-largest in the U.S., with over 6 million people.

History
In August 1836, two real estate entrepreneurs—Augustus Chapman Allen and John Kirby Allen—from New York, purchased 6,642 acres (26.88 km sq) of land along Buffalo Bayou with the intent of founding a city. The Allen brothers decided to name the city after Sam Houston, the popular general at the Battle of San Jacinto, who was elected President of Texas in September 1836. Houston was granted incorporation on June 5, 1837, with James S. Holman becoming its first mayor. In the same year, Houston became the county seat of Harrisburg County (now Harris County) and the temporary capital of the Republic of Texas. In 1840, the community established a chamber of Commerce in part to promote shipping and waterborne business at the newly created port on Buffalo Bayou.

By 1860, Houston had emerged as a commercial and railroad hub for the export of cotton. Railroad spurs from the Texas inland converged in Houston, where they met rail lines to the ports of Galveston and Beaumont. During the American Civil War, Houston served as a headquarters for General John Bankhead Magruder, who used the city as an organization point for the Battle of Galveston. After the Civil War, Houston businessmen initiated efforts to widen the city's extensive system of bayous so the city could accept more commerce between downtown and the nearby port of Galveston. By 1890, Houston was the railroad Center of Texas.

Demographics
Houston is multicultural, in part because of its many academic institutions and strong industries as well as being a major port city. Over 90 languages are spoken in the city. It has among the youngest populations in the nation, partly due to an influx of immigrants into Texas. An estimated 400,000 undocumented people reside in the Houston area.

Culture
Located in the American South, Houston is a diverse city with a large and growing international community. The metropolitan area is home to an estimated 1.1 million (21.4 percent) residents who were born outside the United States, with nearly two-thirds of the area's foreign-born population from south of the United States–Mexico border. Additionally, more than one in five foreign-born residents are from Asia. The city is home to the nation's third-largest concentration of consular offices, representing 86 countries.

Many annual events celebrate the diverse cultures of Houston. The largest and longest running is the annual Houston Livestock Show and Rodeo, held over 20 days from late February to Early March, is the largest annual livestock show and rodeo in the World. Another large celebration is the annual night-time Houston Pride Parade, held at the end of June. Other annual events include the Houston Greek Festival, Art Car Parade, the Houston Auto Show, the Houston International Festival, and the Bayou City Art Festival, which is considered to be one of the top five art festivals in the United States.

Arts and theatre
The Houston Theater District, located downtown, is home to nine major performing arts organizations and six performance halls. It is the second-largest concentration of theater seats in a downtown area in the United States. Houston is one of few United States cities with permanent, professional, resident companies in all major performing arts disciplines: opera (Houston Grand Opera), ballet (Houston Ballet), music (Houston Symphony Orchestra), and theater (The Alley Theatre). Houston is also home to folk artists, art groups and various small progressive arts organizations. Houston attracts many touring Broadway acts, concerts, shows, and exhibitions for a variety of interests. Facilities in the Theater District include the Jones Hall—home of the Houston Symphony Orchestra and Society for the Performing Arts—and the Hobby Center for the Performing Arts.

Here's the our members favorite photos of "Cities in Texas". Upload your photo of Houston!

Going to Houston? Get answers from our friendly locals