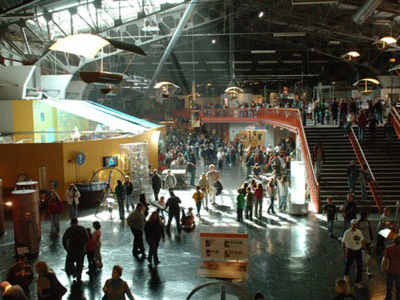 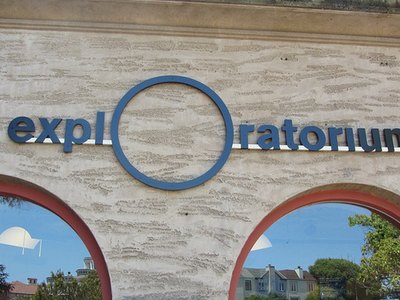 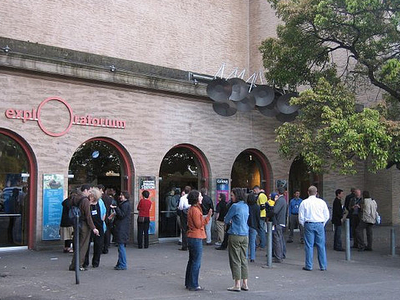 The Exploratorium is a museum in San Francisco whose stated mission is to change the way the World learns. It has been described by the New York Times as the most important science museum to have opened since the mid-20th century, an achievement attributed to "the nature of its exhibits, its wide-ranging influence and its sophisticated teacher training program." Characterized as "a mad scientist's penny arcade, a scientific funhouse, and an experimental laboratory all rolled into one," the participatory nature of its exhibits and its self-identification as a center for informal learning has led to it being cited as the prototype for participatory museums around the world.

History
The Exploratorium is the brainchild of Frank Oppenheimer, an experimental physicist and university professor. Oppenheimer, who worked on the Manhattan Project with his brother J. Robert Oppenheimer, was diverted from an academic career when he was forced to resign from his position at the University of Minnesota in 1949 as a result of an inquiry by the House Un-American Activities Committee. He was blacklisted from academic positions across the country and withdrew with his family to a Colorado ranch, where he began lending a hand with science projects of local high school students. He eventually assumed the post of science teacher at the high school in Pagosa Springs, Colorado, where he taught for ten years. The field trips and experiments he did with his high school students would become a blueprint for the hands-on methods of teaching and learning he would later bring to the Exploratorium.

When Oppenheimer was invited to join the University of Colorado's physics department in 1959, he found himself less interested in traditional laboratory research and much more interested in exploring methods of provoking curiosity and inquiry. He received a Grant from the National Science Foundation, which he used to build models of nearly a hundred science experiments. This "Library of Experiments" would become the core of the Exploratorium exhibit collection.

Move to Piers 15 and 17
The Exploratorium relocated from the Palace Of Fine Arts to Piers 15 and 17, located between the San Francisco Ferry Building and Pier 39 along the San Francisco Embarcadero, in April 2013. The Piers location was identified by Goéry Delacôte and then-board chairman Van Kasper as a potential space for relocation in 2004.:11 In 2005, the San Francisco Board of Supervisors passed a resolution exempting the museum’s 66-year lease of the piers from San Francisco’s competitive bidding process due to its unique nature as a cultural and educational institution. Groundbreaking for the project, which required substantial construction and renovation, occurred on October 19, 2010. The Exploratorium holds a 66-year lease on the piers with the Port of San Francisco. Exhibits are currently only viewable at the Pier 15 campus; Pier 17 houses some staff, with the option for future expansion.

Restaurant
The design aesthetic for both the Seismic Joint and Seaglass Restaurant was created by designer Olle Lundberg and based on the exhibit Color of Water. The bar at Seaglass features a specially designed version of Exploratorium artist Shawn Lani’s exhibit Icy Bodies.

Osher West Gallery: Human Behavior
The West Gallery focuses on human behavior. Its signage and exhibits encourage visitors to play with perception; investigate memory, emotion, and judgment; and experiment with how people cooperate, compete, and share. It holds exhibits such as Poker Face (partners try to assess when someone is bluffing), Trust Fountain (an experimental exhibit from the museum’s National Science Foundation-funded Science of Sharing project, this two-person drinking fountain is based on the Prisoner’s dilemma, a classic scenario centering on negotiation and trust), and the Tactile Dome (re-opening summer 2013), a pitch-black environment visitors explore by touch, originally designed by August Coppola. The West Gallery also includes the temporary exhibition The Changing Face of What is Normal: Mental Health, which showcases the personal artifacts of patients from the now-decommissioned Willard Psychiatric Center, on view through April 2014.

Fisher Bay Observatory Gallery
The Bay Observatory building is the only new building constructed on the Exploratorium’s campus. It holds the Seaglass restaurant on its lower level and exhibits on the upper level relating to the waterfront and the cityscape. The gallery focuses on what visitors can see in real time, including the movement of clouds and tides, the changing waterfront, the movement of ships, and interpretation of oceanographic data.

Here's the our members favorite photos of "Museums in San Francisco". Upload your photo of Exploratorium!

Going to Exploratorium? Get answers from our friendly locals

Slim Choyo is the only Touristlink member to visit Exploratorium. Have you been here? Click here to save it.