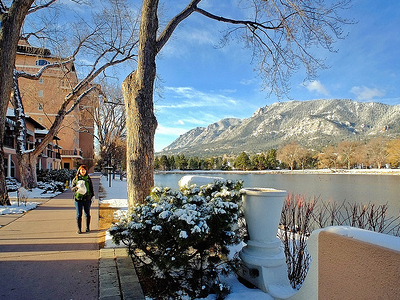 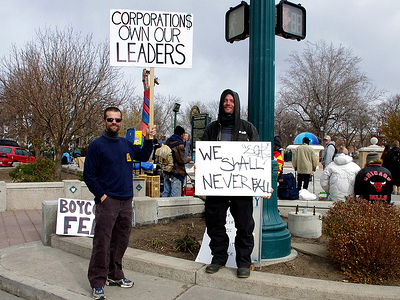 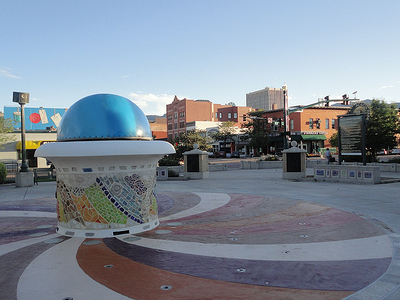 More Photos >
Save me
Been here
Want to go
Show on Map
Here to help 3 tour guides, 3 locals and 1 ambassador

History
Ute, Arapahoe and Cheyenne peoples were the first to use the area which would become Colorado Springs. Part of the territory included in the United States' 1803 Louisiana Purchase, the current city area was designated part of the 1854 Kansas Territory. In 1859 after the first local settlement was established, it became part of the Jefferson Territory on October 24 and of El Paso County on November 28. Colorado City at the Front Range confluence of Fountain and Camp creeks was "formally organized on August 13, 1859" during the Pikes Peak Gold Rush. It served as the capital of the Colorado Territory from November 5, 1861, until August 14, 1862 when it was moved to the Denver City.

Culture
Tourism
The city's location at the base of Pikes Peak and the Rocky Mountains makes it a popular tourism destination. Tourism is the third largest employer in the Pikes Peak region, accounting for more than 13,000 jobs. Nearly 5 million visitors come to the area annually, contributing $1.35 billion in revenue. Colorado Springs has more than 55 attractions and activities in the area, including Garden of the Gods, United States Air Force Academy, the ANA Money Museum, Cheyenne Mountain Zoo, Colorado Springs Fine Arts Center, Old Colorado City and the U.S. Olympic Training Center.

Religious institutions
Although houses of worship of almost every major World religion can be found in the city, Colorado Springs has in particular attracted a large influx of Evangelical Christians and Christian organizations in recent years. At one time Colorado Springs was counted to be the national headquarters for 81 different religious organizations, earning the city the tongue-in-cheek nicknames "the Evangelical Vatican"

In popular culture
Colorado Springs has been the subject or setting for many books, movies and television shows, and is especially a frequent backdrop for political thrillers and military-themed stories because of its many military installations and vital importance to the United States' continental defense. Notable television series using the city as a setting include Dr. Quinn, Medicine Woman and the Stargate series Stargate SG-1, as well as the films WarGames and The Prestige. In a North Korean propaganda video released in April 2013, Colorado Springs was inexplicably singled out as one of four targets for a missile strike. The video failed to pinpoint Colorado Springs on the map, instead showing a spot somewhere in Louisiana.

Parks
One of the most popular areas in Colorado Springs is Garden of the Gods. It is a National Natural Landmark with 300 foot sandstone rock formations against a backdrop of the snow-capped mountains of Pikes Peak. The park offers a variety of annual events. One of the most popular events is The Starlight Spectacular. It is a recreational bike ride held every summer to benefit the Trails and Open Space Coalition of Colorado Springs.

Here's the our members favorite photos of "Cities in Colorado". Upload your photo of Colorado Springs!

Going to Colorado Springs? Get answers from our friendly locals