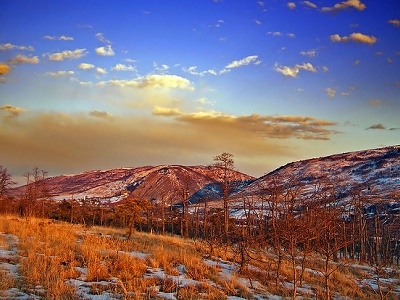 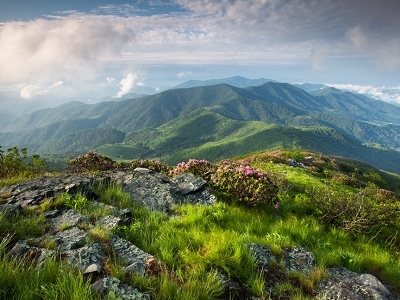 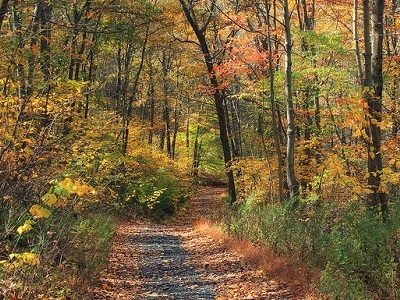 The Appalachian National Scenic Trail, generally known as the Appalachian Trail or simply the AT, is a marked hiking trail in the eastern United States extending between Springer Mountain in Georgia and Mount Katahdin in Maine. It is approximately 2,184 miles (3,515 km) long. The trail passes through the states of Georgia, North Carolina, Tennessee, Virginia, West Virginia, Maryland, Pennsylvania, New Jersey, New York, Connecticut, Massachusetts, Vermont, New Hampshire, and Maine. The path is maintained by 30 trail clubs and multiple partnerships, and managed by the National Park Service and the nonprofit Appalachian Trail Conservancy. The majority of the trail is in wilderness, although some portions traverse towns, roads and cross rivers.
The Appalachian Trail is famous for its many hikers, some of whom, called thru-hikers, attempt to hike it in its entirety in a single season. Many books, memoirs, web sites and fan organizations are dedicated to this pursuit. An unofficial extension known as the International Appalachian Trail, continues north into Canada and to the end of the range, where it enters the Atlantic Ocean. The Appalachian Trail, the Continental Divide Trail and the Pacific Crest Trail form what is known as the Triple Crown of long distance hiking in the United States.

Here's the our members favorite photos of "Trails in United States". Upload your photo of Appalachian Trail!

Going to Appalachian Trail? Get answers from our friendly locals

Get in touch with 22 Touristlink members who want to visit Appalachian Trail or with Joshua Bloom, Robert Berryman and 2 others who already have been here.