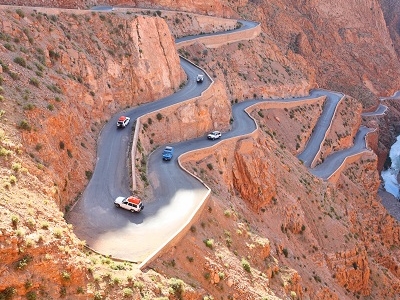 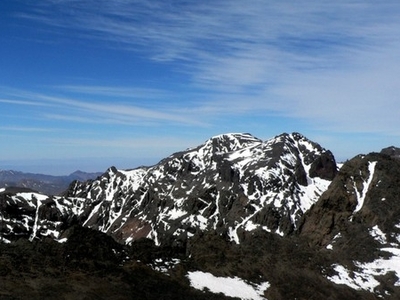 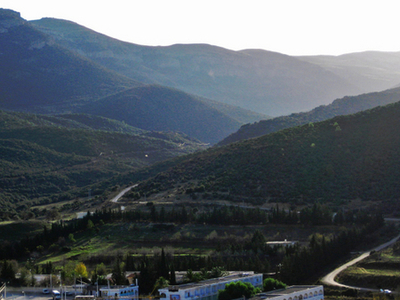 The Atlas Mountains is a mountain range across a northern stretch of Africa extending about 2,500 km (1,600 mi) through Morocco, Algeria, and Tunisia. The highest peak is Toubkal, with an elevation of 4,167 metres (13,671 ft) in southwestern Morocco. The Atlas ranges separate the Mediterranean and Atlantic coastlines from the Sahara Desert. The population of the Atlas Mountains are mainly Berbers.

The terms for 'mountain' in some Berber languages are adrar and adras, believed to be cognate with the toponym. The mountains have been home to a number of plant and animal species unique in Africa, often more like those of Europe; many of them are endangered and some have already gone extinct. Examples include the Barbary Macaque, the Atlas Bear (Africa's only species of bear; now extinct), the Barbary Leopard, the Barbary stag, Barbary Sheep, the Barbary Lion (extinct in the wild), the Atlas Mountain Badger, the North African Elephant (extinct), the African Aurochs (extinct), Cuvier's Gazelle, the Northern Bald Ibis, Dippers, the Atlas mountain viper, the Atlas Cedar, the European Black Pine, and the Algerian Oak.

Here's the our members favorite photos of "Mountain Ranges in Tunisia". Upload your photo of Atlas Mountains!

Going to Atlas Mountains? Get answers from our friendly locals

Get in touch with 1 Touristlink members who want to visit Atlas Mountains or with Matea Lay who already have been here.