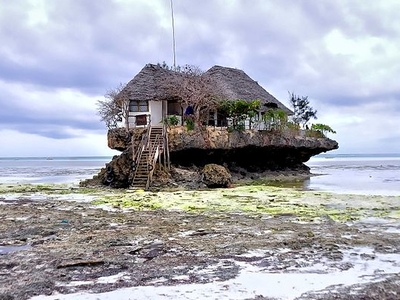 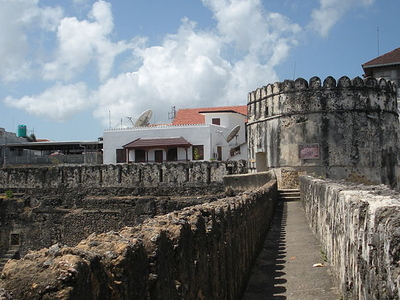 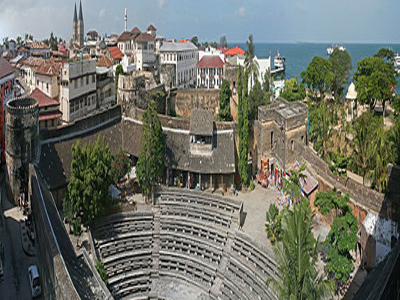 Zanzibar (/ˈzænzɨbɑr/) is a semi-autonomous part of Tanzania in East Africa. It is composed of the Zanzibar Archipelago in the Indian Ocean, 25-50 kilometres (16-31 mi) off the coast of the mainland, and consists of many small islands and two large ones: Unguja (the main island, referred to informally as Zanzibar) and Pemba. The capital is Zanzibar City, located on the island of Unguja. Its historic centre is Stone Town, which is a World Heritage Site.

Zanzibar's main industries are spices, raffia, and tourism. In particular, the islands produce cloves, nutmeg, cinnamon, and black pepper. For this reason, the islands, together with Tanzania's Mafia Island, are sometimes called the Spice Islands (a term also associated with the Maluku Islands in Indonesia). Zanzibar is the home of the endemic Zanzibar Red Colobus Monkey, the Zanzibar Servaline Genet, and the (possibly extinct) Zanzibar Leopard.

Here's the our members favorite photos of "Islands in Tanzania". Upload your photo of Zanzibar!

Going to Zanzibar? Get answers from our friendly locals

Get in touch with 146 Touristlink members who want to visit Zanzibar or with Sukuro Etale, Fabyson Safaris and 242 others who already have been here.