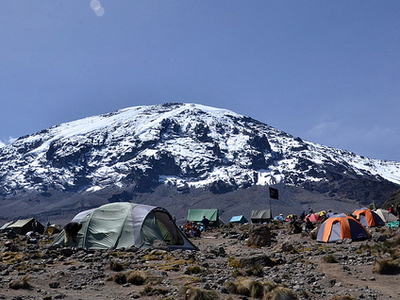 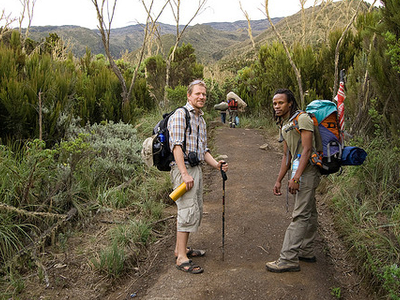 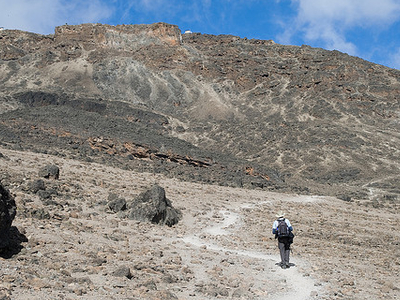 Machame is an area on the southeastern slope of Kilimanjaro in Tanzania. The name "Machame" refers to an ethnic and linguistic group of people occupying this area historically as its homeland, as well as the specific location.Physically, the Machame area occupies part of Hai District, in Kilimanjaro Region, Tanzania. It forms several of the 14 wards of Hai District. Ever since the latter part of the 20th century, the Machame Gate and Machame Camp have become the two locations in the Machame area most known to tourists visiting Tanzania, because these form part of the Machame route for treks ascending Mt. Kilimanjaro.
There is one major, paved road traversing Machame. It begins at the south end stemming from the A23 Arusha-to-Himo main road (which also connects Moshi to Arusha). This intersection is 15 km from Moshi and 75 km from Arusha. The name of this intersection is commonly "Kilimanjaro Machine Tools", after the defunct business of the same name which left an abandoned building at the south edge of this intersection. This road proceeds north until it reaches the Machame Gate at the entrance to Kilimanjaro National Park. Several secondary, unpaved roads connect points within Machame.
Machame is traversed by several rivers that flow year-round within deep gorges running down the slopes of Mt. Kilimanjaro. In addition to the natural rivers, there are systems of flumes for irrigation that pre-date the colonial era. Although major infrastructure project spread piped water through much of the area in the 1990s and later, the flumes are still used and maintained for agricultural irrigation.

Here's the our members favorite photos of "Trails in Kilimanjaro National Park". Upload your photo of Machame!

Going to Machame? Get answers from our friendly locals

Connect with Faustine Gerald, Dennis Willibard. and 1 other members who have already visited Machame.