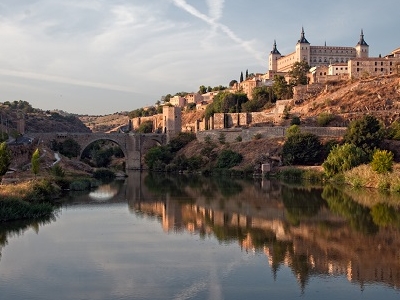 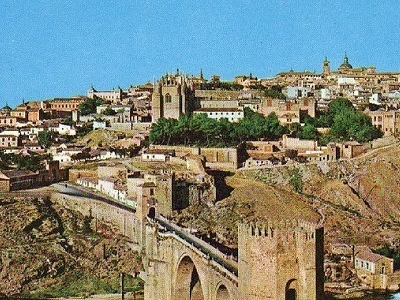 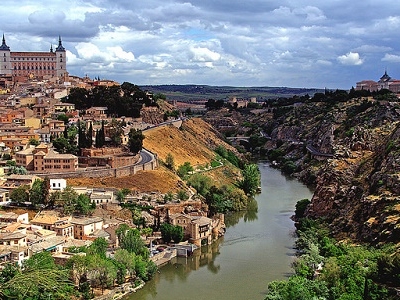 More Photos >
Save me
Been here
Want to go
Show on Map
Here to help 336 tour guides, 801 locals and 1 ambassador

Toledo is a municipality located in central Spain, 70 km south of Madrid. It is the capital of the province of Toledo. It is also the capital of autonomous community of Castile–La Mancha. It was declared a World Heritage Site by UNESCO in 1986 for its extensive cultural and monumental heritage as one of the former capitals of the Spanish Empire and place of coexistence of Christian, Muslim and Jewish cultures, as well as the place where harsh religious persecutions were held against the Jews by the Visigoths.

Many famous people and artists were born or lived in Toledo, including Al-Zarqali, Garcilaso de la Vega, Eleanor of Toledo, Alfonso X and El Greco. It was also the place of important historic events such as the Visigothic Councils of Toledo. As of 2010, the city has a population of 82,489 and an area of 232.1 sq km (89.6 sq mi).
History
Having been populated since the Bronze Age, Toledo (Toletum in Latin) grew in importance during Roman times, being a main commercial and administrative centre in the Roman province of Tarraconensis. After the fall of the Roman Empire, Toledo served as the capital city of Visigothic Spain, beginning with Liuvigild (Leovigild), and was the capital of Spain until the Moors conquered Iberia in the 8th century. Under the Caliphate of Cordoba, Toledo was the center of numerous insurrections dating from 761 to 857. The Banu Qasi gained nominal control of the city until 920 and in 932 Abd-ar-Rahman III captured the city following an extensive siege. Toledo experienced a period known as La Convivencia, i.e. the co-existence of Jews, Christians, and Muslims. Under Arab rule, Toledo was called Tulaytulah. After the fall of the Caliphate, Toledo was the capital city of one of the richest Taifas of Al-Andalus.
Culture
The old city is located on a mountaintop with a 150 degree view, surrounded on three sides by a bend in the Tagus River, and contains many historical sites, including the Alcázar, the cathedral (the primate church of Spain), and the Zocodover, a central market place. From the 4th century to the 16th century about thirty synods were held at Toledo. The earliest, directed against Priscillian, assembled in 400. At the synod of 589 the Visigothic King Reccared declared his conversion from Arianism; the synod of 633 decreed uniformity of liturgy throughout the Visigothic kingdom and took stringent measures against baptized Jews who had relapsed into their former faith.

Other councils forbade circumcision, Jewish rites and observance of the Sabbath and festivals. Throughout the seventh century, Jews were flogged, executed, had their property confiscated, were subjected to ruinous taxes, forbidden to trade and, at times, dragged to the baptismal font. The council of 681 assured to the archbishop of Toledo the primacy of Spain. At Guadamur, very close to Toledo, was dug in 1858 the Treasure of Guarrazar, the best example of Visigothic art in Spain.
Toledo Steel
Toledo has been a traditional sword-making, steel-working center since about 500 BC, and came to the attention of Rome when used by Hannibal in the Punic Wars. Soon, it became a standard source of weaponry for Roman Legions.
Toledo steel was famed for its very high quality alloy, whereas Damascene steel, a competitor from the Middle Ages on, was famed for a specific metal-working technique.
Gastronomy
Toledo's cuisine is grouped with that of Castile–La Mancha, well-set in its traditions and closely linked to hunting and grazing. A good number of recipes are the result of a combination of Moorish and Christian influences.
Some of its specialties include lamb roast or stew, cochifrito, alubias con perdiz (beans with partridge) and perdiz estofoda (partridge stew), carcamusa, migas, gachas manchegas, and tortilla a la magra. Two of the city's most famous food productions are Manchego cheese and marzipan, which has a Protected Geographical Indication (mazapán de Toledo).
Infrastructure
Toledo has long been an obligatory stop in the center of the peninsula. The roads leading to historic Toledo are still used and in many cases have provided the basis to existing roads leading into the city.
Main Sights
The city of Toledo was declared a Historic-Artistic Site in 1940, UNESCO later given the title of World Heritage in 1987. Sights include:

Here's the our members favorite photos of "Towns & Villages in Spain". Upload your photo of Toledo!

Going to Toledo? Get answers from our friendly locals