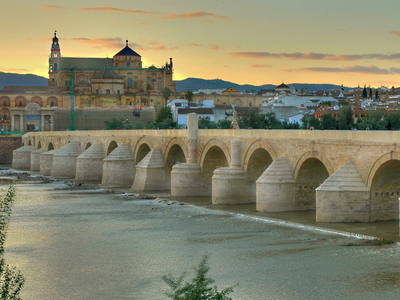 The scene of a great many historic battles. This bridge links the city with Calahorra castle and it is believed that it was built by Julius Caesar. It underwent several modifications in 918. It was extremely important in the battles that helped free the city against the armies of Peter I (known as Peter the Cruel). It has 16 arches that are supported by robust semicircular abutments. It was of Muslim design. It has a sculpture of San Rafael from 1651 in the middle.

Here's the our members favorite photos of "Bridges in Córdoba". Upload your photo of Roman Bridge and Gate!

Going to Roman Bridge and Gate? Get answers from our friendly locals

Get in touch with 1 Touristlink members who want to visit Roman Bridge and Gate or with Vanesa, Tina Thaweedech and 3 others who already have been here.