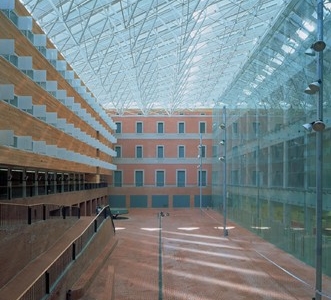 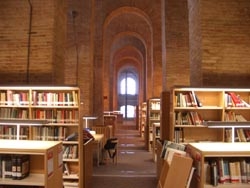 Pompeu Fabra University is a university in Barcelona, Catalonia, Spain. In 2010 was awarded the distinction of International Campus of Excellence by the Spanish Ministry of Education and it is widely considered to be one of the best universities in Spain (e.g. is the only Spanish university in the top 200 according to 2011 Times Higher Education Ranking) and was ranked 1st in scientific productivity in Spain in 2010. Founded in 1990, it is named after the Catalan philologist Pompeu Fabra.

Teaching and EHEA :
From the outset, Pompeu Fabra University has understood the new European Area as a big opportunity to restructure the education it offers. The University’s commitment to this model has gone beyond simply updating its syllabuses; it has placed the student at the very centre of its undergraduate, master’s and doctorate teaching model.

Research at UPF :
With a view to promoting research and giving it greater international visibility, the UPF has decided on a strategy involving the creation of three science parks in its specific knowledge areas:
The University articulates this high-level research through eight departments and four university research already mentioned. Parallel, and gradually, the UPF has also been participating in a set of institutions and centers specializing in teaching, research and transfer that have legal personality and which comprise the UPF Group.

Here's the our members favorite photos of "Universities in Barcelona". Upload your photo of Pompeu Fabra University!

Going to Pompeu Fabra University? Get answers from our friendly locals

Universities in Region of Catalonia