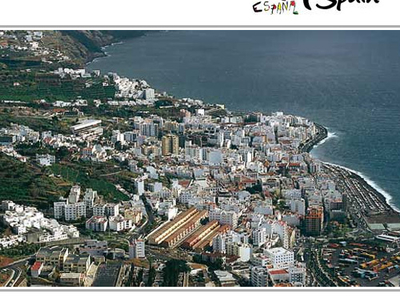 Volcanic sands, bays surrounded by cliffs and exceptional natural countryside. This is the island of La Palma, an idyllic spot with numerous ecological treasures.

La Palma, known as the 'isla bonita' (beautiful island), is the greenest island in the Canary Island archipelago. From lush forests to steep cliffs hiding beaches of black sand, the island is a constant surprise for the visitor because of its ecological treasures and exceptional countryside. Declared a Biosphere Reserve by the UNESCO, it has numerous protected natural spaces, including the Caldera de Taburiente National Park on the interior. The volcanic lava, which goes right down to the sea, has created a low, rocky coastline with small bays hidden away between steep cliffs. The nature of the terrain means that just a few kilometres inland there are high mountain ranges such as the Roque de los Muchachos, a World reference for astrophysics thanks to its modern observatory which has one of the most modern and spectacular telescopes in the world. With annual temperatures of between 16 and 21 degrees centigrade, La Palma has numerous interesting monuments and archaeological sites, as well as a multitude of shrines, churches and museums, although perhaps its most outstanding historic feature is the town of Santa Cruz de la Palma. Its ancestral traditions such as the Nabob Carnival and, every five years, the Five Year Fiestas, in which homage is paid to the Virgen de las Nieves, also deserve a special mention.

Here's the our members favorite photos of "Islands in Canary Islands". Upload your photo of La Palma!

Going to La Palma? Get answers from our friendly locals

Get in touch with 3 Touristlink members who want to visit La Palma or with Aamir Jamal, Kenneth Spathon and 10 others who already have been here.