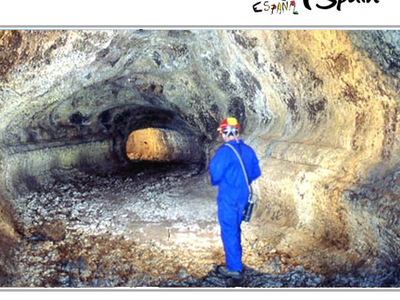 It is a veritable labyrinthine network of underground passages, with many unexplored ramifications. Its name ("viento" means "wind") is due to the significant flows of air that occur in its interior. Formed 27,000 years ago in lavas from the Pico Viejo volcano during its first eruptive phase, it is located in the foothills of the majestic Mount Teide. It is 18 kilometres long and consists of three superimposed levels, a phenomenon that has not been noted anywhere else in the World. It has beautiful geological phenomena like lava stalactites, lava cascades, side terraces and other ancient lava formations. It has been declared an Area of Community Interest.

Here's the our members favorite photos of "Caves near Tenerife". Upload your photo of El Viento Cave!

Going to El Viento Cave? Get answers from our friendly locals

Connect with Vanita Bhoyar and Billy Townsend who are looking to visit El Viento Cave.