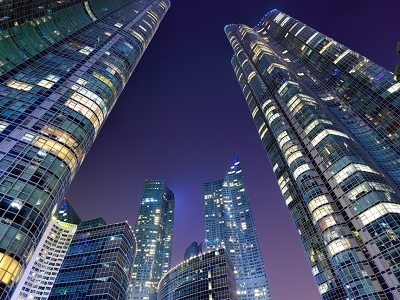 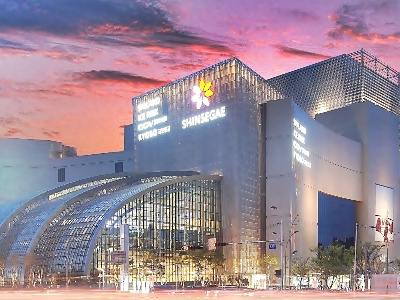 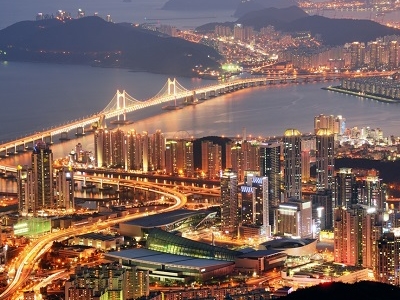 More Photos >
Save me
Been here
Want to go
Show on Map
Here to help 2 tour guides, 3 locals and 1 ambassador

Busan Officially Busan Metropolitan City, formerly spelled Pusan is South Korea's second largest metropolis after Seoul, with a population of approximately 3.6 million. The Metropolitan area (includes adjacent cities of Gimhae and Yangsan) population is 4,399,515 as of 2010. Busan has one of the most beautiful natural enviornment in the World.[citation needed] It has the Korea's largest beach(Haeundae Beach)and plus six beaches(Gwanganri, Songjeong, etc), the Korea's longest river(Nakdong River), the Korea's largest hot spring resorts(Haeundae & Dongnae), and numerous mountains(Mt.Geumjeong 801m, Mt.Baekyang 642m, Mt.Jangsan 634m, etc). It is the largest port city in South Korea and the world's fifth busiest seaports by cargo tonnage. The city is located on the southeastern-most tip of the Korean peninsula. The most densely built up areas of the city are situated in a number of narrow valleys between the Nakdong River and Suyeong River, with mountains separating some of the districts. Administratively, it is designated as a Metropolitan City. The Busan metropolitan area is divided into 15 major administrative districts and a single county.

Economy:
Busan is the fifth busiest seaport in the world, with transportation and shipping among the most high profile aspects of the local economy. Since 1978, Busan has opened three container ports including Jaseungdae, Shinsundae, and Gamman. Busan has one of the world's largest ports and can handle up to 13.2 million TEU shipping containers per year. The Busan-Jinhae Free Economic Zone Authority, one of two such administrations (the other in the harbor of Incheon), was created to reassert Busan's status as a traditional international trading centre. The port attracts ships from all over the globe and the surrounding area aspires to become a regional financial centre. Korea Exchange (KRX), Korea's sole securities exchange operator, is headquartered in Busan.

Shopping and commerce:
Commercial areas are dispersed through the city near busy intersections and adjacent to university campuses, but the two largest central business districts in Busan are Seomyeon and Gwangbok-dong/Nampo-dong. There are also four substantial shopping areas of note: Seomyeon, Gwangbok-dong, Busan Dae Hakap in Jangjeon-dong, and Centum City in Haeundae-gu. Seomyeon is the crossroads of Busan. The local subway station serves two lines and is one of the busiest in the city. The local head offices of Korean and international banks are located in Seomyeon. It is recognized as the ascendant shopping and entertainment district. It is also home to "Seomyeon Medical Street", the district encompassing the 1 km-radius range around Lotte Department Store in Seomyeon and the Buam subway station. The Street is home to a total of 160 cosmetic and other medical clinics, including those specializing in cosmetic surgery, dermatology, ophthalmology and dentistry. Directly adjacent to Seomyeon is Bujeon Market, the largest traditional market in the city. Other companies with offices here include Yeolmae Food.

The Gwangbok-dong, Nampo-dong, and Jungang-dong areas form the old central business district. Some of the restaurants in this district use family recipes passed down the generations. Jagalchi Market, a large seafood market, is located in this area. The Gukje Market is also nearby. Jungang-dong is the home of many international law offices, the old Immigation Office, and the international ferry terminal serving Japanese routes. Lotte World II is currently under construction along the water between Jungang-dong 7-Ga and 8-Ga. Centum City, an industrial complex, is a popular new shopping area with luxury department stores.

Culture and attractions:
Busan, not only features a variety of antique and souvenir shops, but also unique restaurants, attractions and accommodations.

Parks, beaches, and resorts:
Geumjeongsan to the west is a popular weekend hiking spot for Busan residents. To the north, the neighborhoods around Pusan National University (also known as PNU, which is one of the most highly recognized national institutes of higher education in Korea) have student theaters, cafes, bars and restaurants, as well as open-air cultural street performances on weekend nights. Nearby is Beomeosa, the city's main Korean Buddhist temple. Yongdusan Park occupies 69,000 square meters/17 acres (7 ha) and is home to the Busan Tower, Yongdusan Art Gallery, and the Busan Aquarium. The park supports approximately seventy different species of trees and is a favorite tourist desitination, with various cultural events throughout the year.

Dongnae-gu is a wealthy and traditional residential area. Dongnae Oncheon is a natural spa area with many baths, tourist hotels, restaurants, clubs and shopping areas. Many restaurants in the area use family recipes. Chungnyeolsa is a Confucian shrine for soldiers who died during the 16th century battle against the Japanese at Dongnae Fortress. Busan is called the summer capital of Korea since it attracts tourists from all over the country to its six beaches. Luxury hotels and a carnival boardwalk line the beach at Haeundae. Gwangalli Beach has cafes, bars, and restaurants along the beach, and the Grand Gwangan Bridge. The area around Pukyong National University and Kyungsung University has many cafes, bars and restaurants attracting college students and youth.

Taejongdae is a natural park with magnificent cliffs facing the open sea on the island of Yeongdo. The area known as the "Foreigners' Shopping Street", but commonly referred to as "Texas Street" near part of the Port of Busan, and adjacent to the front entrance to the Busan Train Station (부산역) has many businesses that cater to the local Russian population, as well as the crews of foreign ships. The area was originally the location of the local Chinatown and still contains a Chinese school. Busan Aquarium, located in Haeundae Beach, is the largest aquarium in South Korea. Haedong Yonggung temple is one of 3 sacred places related to the Goddess Buddha. It is located right next to the sea. It lies in a mountain in the front and the sea at the back.

Transportation:
Bus:Major express bus lines link Busan with other cities in Korea at two primary bus terminals, Nopodong Bus Terminal (at the northern terminus of Subway Line 1) and Seobu Bus Terminal at Sasang Station on Subway Line 2. 134 routes of urban buses service whole part of Busan Metropolitan City. (Busan Urban Bus)
Sea: The Coastal Ferry Terminal serves ferry services to many locations on Geoje Island as well as to Jeju City in Jeju-do. Ferries leaving from the International Ferry Terminal on Busan Port Pier 1 connect Busan to the Japanese ports of Izuhara and Hitakatsu on Tsushima Island, as well as the cities of Shimonoseki, Fukuoka, and Osaka on Japan's mainland.

Here's the our members favorite photos of "Cities in South Korea". Upload your photo of Busan!

Going to Busan? Get answers from our friendly locals