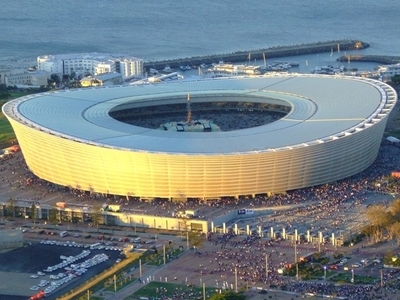 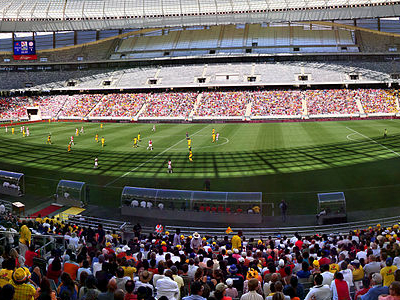 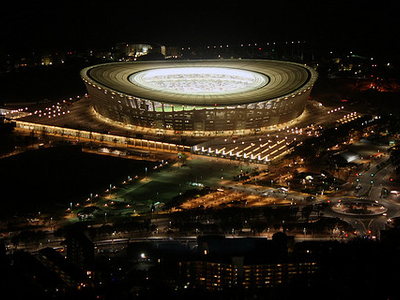 More Photos >
Save me
Been here
Want to go
Show on Map
Here to help 175 tour guides, 57 locals and 1 ambassador

The Cape Town Stadium in Cape Town, South Africa is a newly built stadium that was used for the 2010 FIFA World Cup. During the planning stage it was known as the Green Point Stadium, which was the name of the previous stadium on the site, and this name was also used frequently during World Cup media coverage.

The stadium is located in Green Point, between Signal Hill and the Atlantic Ocean, close to the Cape Town city centre and to the Victoria & Alfred Waterfront, a popular tourist and shopping venue. The stadium has a capacity of 64,100. The stadium is connected to the waterfront by a new road connection, Granger Bay Boulevard, and is surrounded by a 60 hectare urban park. The stadium was built by South African construction contractor Murray & Roberts.

Here's the our members favorite photos of "Stadiums in Cape Town". Upload your photo of Cape Town Stadium!

Going to Cape Town Stadium? Get answers from our friendly locals

Get in touch with 4 Touristlink members who want to visit Cape Town Stadium or with White Co, Stuart Burnett and 10 others who already have been here.