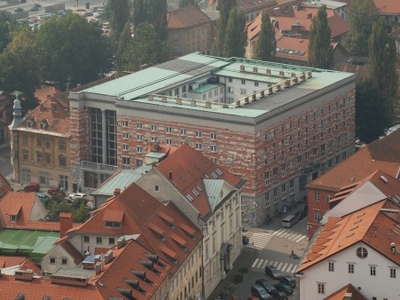 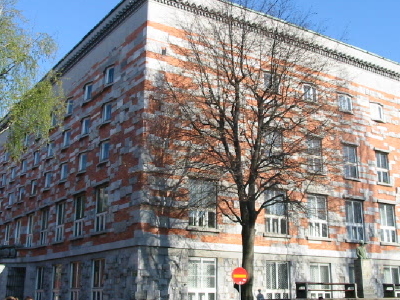 The National and University Library is one of the most important national educational and cultural institutions of Slovenia. It was established in 1774 by a decree released by the Empress Maria Theresa. It is located in the centre of Ljubljana, in a building designed by the architect Jože Plečnik in the years 1930–31 and constructed between 1936-41. The building is considered one of the greatest achievements by Plečnik.

Plans for a new building were created between 1930-31 by Jože Plečnik. Initially the project encountered resistance by the Yugoslavian authorities based in Belgrade. However, persistent student protests and demonstrations have been effective, and the new building was erected between 1936-41.

Here's the our members favorite photos of "Libraries in Ljubljana". Upload your photo of National and University Library!