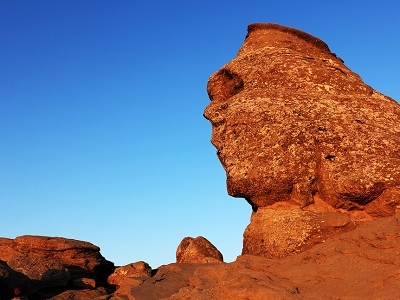 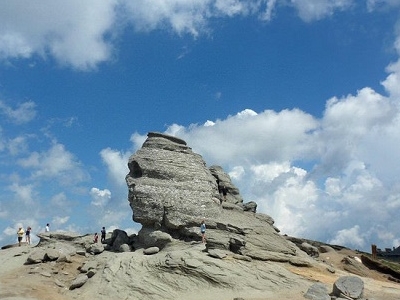 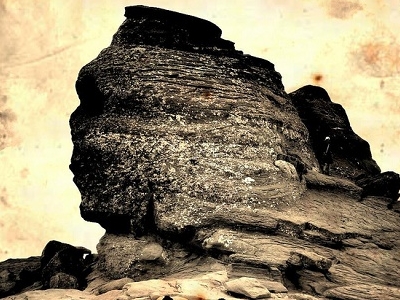 The Sphinx (Romanian: Sfinxul) is a natural rock formation in the Bucegi Natural Park which is in the Bucegi Mountains of Romania. It is located at an altitude of 2,216 metres (7,270 ft), a 10-minute walk from the Babele. The first photo of the Great Bucegi Sphinx was probably taken in about the year 1900.

It only acquired its nickname, referring to the Great Sphinx of Giza, in the year 1936. The image of the sphinx appeared when the rock, having an 8 m height and a 12 m width, was watched from a certain angle. The megalith has its clearest outline on 21 November, at the time the sun goes down.

The Sphinx features in the 1967 film The Dacians, in which it is a place of sacrifice to the god Zalmoxis. It also plays a significant role in the 1980 film Burebista in which it is equated with the eponymous ancient Dacian king and the eternity of Romanian identity.

Here's the our members favorite photos of "Natural Features near Bucegi Natural Park". Upload your photo of Romanian Sphinx!

Going to Romanian Sphinx? Get answers from our friendly locals

Connect with Adriana Roman, M.t.s. and 2 other members who have already visited Romanian Sphinx.