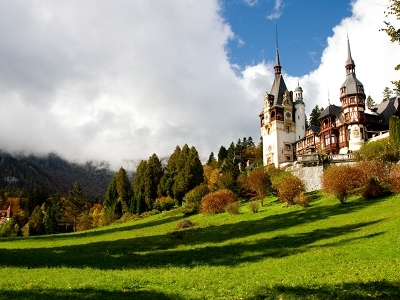 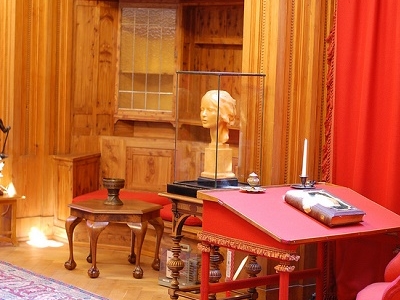 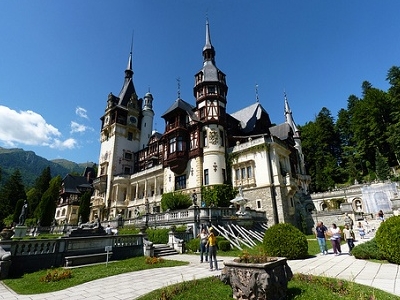 Peleș Castle (Romanian: Castelul Peleș) is a Neo-Renaissance castle in the Carpathian Mountains, near Sinaia, in Prahova County, Romania, on an existing medieval route linking Transylvania and Wallachia, built between 1873 and 1914. Its inauguration was held in 1883.

King Carol I of Romania (1839–1914), under whose reign the country gained its independence, first visited the site of the future castle in 1866 and fell in love with the magnificent mountain scenery. In 1872, the Crown purchased 1,300 square kilometres (500 sq mi) of land near the Piatra Arsă River. The estate was named the Royal Estate of Sinaia. Several auxiliary buildings were built simultaneously with the castle: the guards' chambers, the Economat Building, the Foişor hunting lodge, the royal stables, and a power plant. Peleș became the World's first castle fully powered by locally produced electricity.

By form and function, Peleş is a palace, but it is consistently called a castle. Its architectural style is a romantically inspired blend Neo-Renaissance and Gothic Revival similar to Schloss Neuschwanstein in Bavaria. A Saxon influence can be observed in the interior courtyard facades, which have allegorical hand-painted murals and ornate fachwerk similar to that seen in northern European alpine architecture. Interior decoration is mostly Baroque influenced, with heavy carved woods and exquisite fabrics.

Museum
Visits are done within guided tour. One of the tours is limited to the ground floor, another adds the first floor and the complete tour includes the second floor.[3] Admission is charged, and there is an additional photography fee. The visiting hours are from 9 a.m. to 5 p.m. Wednesday through Sunday. On Tuesdays the hours are 11 a.m. to 5 p.m. The castle is closed on Mondays. These visiting hours are subject to change by the Romanian Culture Ministry. The castle is closed in November each year for maintenance and cleaning.

Here's the our members favorite photos of "Castles near Sinaia". Upload your photo of Peleș Castle!

Going to Peleș Castle? Get answers from our friendly locals

Get in touch with 4 Touristlink members who want to visit Peleș Castle or with Christina Maria, Adriana Roman and 2 others who already have been here.