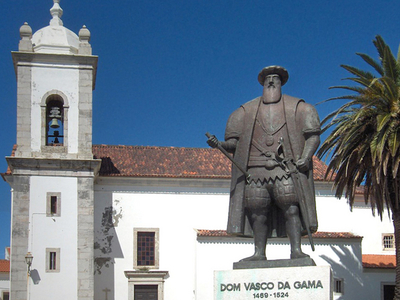 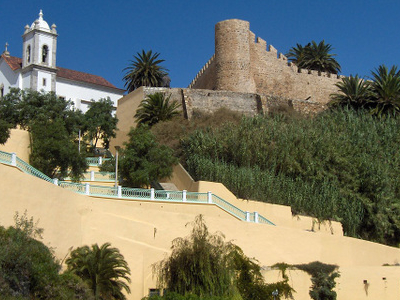 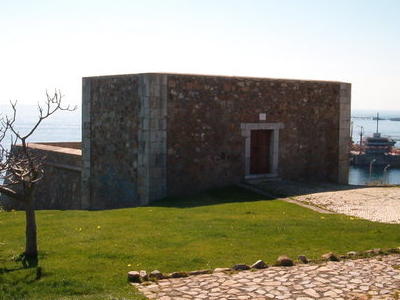 Sines is a coastal municipality in the district of Setúbal, in the Alentejo Litoral region of the Portuguese Alentejo. Its population in 2011 was over 14260 residents, with a total area of 203.3 km², concentrated on the municipal seat of Sines. Vestiges of a few settlements have today been discovered in archaeological sites, such as Palmeirinha and Quitéria, that attest to the age of human settlements in Sines. Arnaldo Soledade (1981) noted that these Visigoths, identified as Cinetos, may have been the original civilization that gave rise to the community, suggesting the local toponymy may have derived from this; Cinetos, to Cines and, finally, Sines. Although this tribes lineage is not clearly defined, Soledade goes on to refer to the construction of a castro where the current Castle stands. The Punic tribes, are thought to have also had a presence in the area; a Punic artifact, the Tesouro do Gaio was unearthed in 1966, and is on guard in the Museu of Sines (English: Sines Museum).

The Romans used Sines as a port and industrial centre; the bay of Sines was used as port by the civitas of Miróbriga and the canal on the island of Pessegueiro is linked to Arandis (Garvão). During Rome's occupation, Sines and the island of Pessegueiro, were poles within an industrialized fishing industry which included salting fish. The Roman centres were thought to have been at Praça Tómas Ribeiro, as well as the area around Monte Chaos in Feteira Cima (although little explored archaeologically).

Here's the our members favorite photos of "Cities in Alentejo". Upload your photo of Sines!

Going to Sines? Get answers from our friendly locals