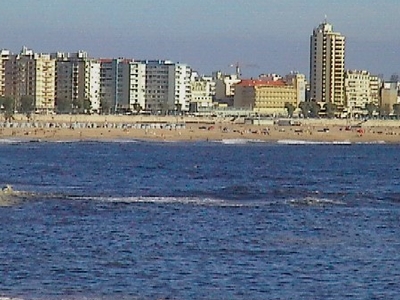 Figueira da Foz also known as Figueira for short, is a municipality in the Coimbra District, in Portugal. It is located at the mouth of the Mondego River, 40 km west of Coimbra, and sheltered by hills (Serra da Boa Viagem). The seat is the city of Figueira da Foz. The city has a population of 46,600 and the municipality has in total 62,601 inhabitants. It is the second largest city in the district of Coimbra.

It is a coastal city with several beaches, summer and seaport facilities in the Atlantic Ocean coast. As a city of tourism it plays an important part in the centre of the country. A zone of legal gambling, one can find in Figueira one of the biggest casinos of the Iberian Peninsula – the Casino Peninsular.

Here's the our members favorite photos of "Cities in Centro". Upload your photo of Figueira da Foz!

Going to Figueira da Foz? Get answers from our friendly locals