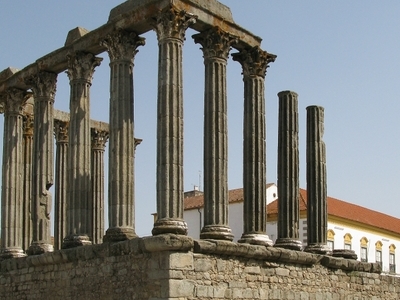 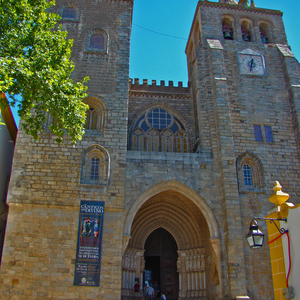 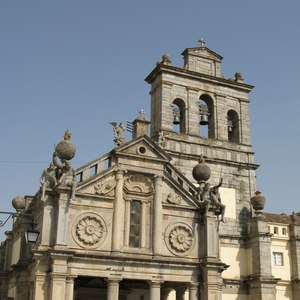 More Photos >
Save me
Been here
Want to go
Show on Map
Here to help 5 tour guides, 1 locals and 2 ambassadors

Évora is a Portuguese city in the municipality of Évora. As of 2004, it had 41,159 inhabitants. Due to its well-preserved old town centre, still partially enclosed by medieval walls, and a large number of monuments dating from various historical periods, including a Roman Temple, Évora is a UNESCO World Heritage Site. It is also a member of the Most Ancient European Towns Network.

Évora is ranked number two in the Portuguese most livable cities survey of living conditions published yearly by Expresso. It was ranked first in a study concerning competitiveness of the 18 Portuguese district capitals, according to a 2006 study made by Minho University economic researchers.

History
Évora has a history dating back more than two millennia. It was known as Ebora by the Celtics, a tribal confederacy, south of the Lusitanians (and of Tagus river), who made the town their regional capital. The etymological origin of the name Ebora is from the ancient Celtic word ebora/ebura, plural genitive of the word eburos (yew), name of a species of tree, so its name means "of yew tree."

The city of York, in northern England, at the time of the Roman Empire, was called Eboracum/Eburacum, named after the ancient Celtic place name Ebora Kon (Place of Yew Trees), so the old name of York is etymologically related to the city of Évora.

Main Sights
Água de Prata Aqueduct (Aqueduct of Silver Water): With its huge arches stretching for 9 km, this aqueduct was built in 1531–1537 by King João III to supply the city with water. Designed by the military architect Francisco de Arruda (who had previously built the Belém Tower), the aqueduct ended originally in the Praça do Giraldo. This impressive construction has even been mentioned in the epic poem Os Lusíadas by Luís de Camões.

Cathedral of Évora: Mainly built between 1280 and 1340, it is one of the most important gothic monuments of Portugal. The cathedral has a notable main portal with statues of the Apostles (around 1335) and a beautiful nave and cloister. One transept chapel is Manueline and the outstanding main chapel is Baroque.

S. Brás Chapel: Built around 1480, it is a good example of Mudéjar-Gothic with cylindrical buttresses. Only open for prayer.

Saint Francis Church (Igreja de São Francisco): Built between the end of the 15th and the early 16th centuries in mixed Gothic-Manueline styles. The wide nave is a masterpiece of late Gothic architecture. Contains many chapels decorated in Baroque style, including the Chapel of Bones (Capela dos Ossos), totally covered with human bones.

Palace of Vasco da Gama: Vasco da Gama resided here in 1519 and 1524, the dates corresponding to his nomination as the Count of Vidigueira and Viceroy of India. The Manueline cloister and some of its Renaissance mural paintings are still preserved.

Palace of the Dukes of Cadaval: The palace with its 17th-century façade is constituted in part by an old castle burnt in 1384; it is dominated by the architectural elements of the Manueline-Moorish period and by a tower called Tower of the Five Shields. This palace of the governor of Évora served from time to time as royal residence.

Lóios Convent and Church: Built in the 15th century, contains a number of tombs; the church and the cloister are Gothic in style, with a Manueline chapterhouse with a magnificent portal. The church interior is covered in azulejos (ceramic tiles) from the 18th century. In 1965 it has been converted into a top-end pousada.

Ladies' Gallery of Manuel I's Palace (Galeria das Damas do Palácio de D. Manuel): Remnants of a palace built by King Manuel I in Gothic-Renaissance style. According to some chroniclers, it was in this palace, in 1497, that Vasco da Gama was given the command of the squadron he would lead on his maritime journey to India.

Here's the our members favorite photos of "Cities in Alentejo". Upload your photo of Evora!

Going to Evora? Get answers from our friendly locals