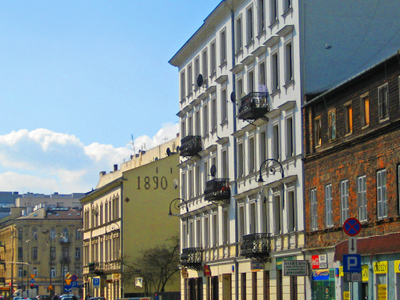 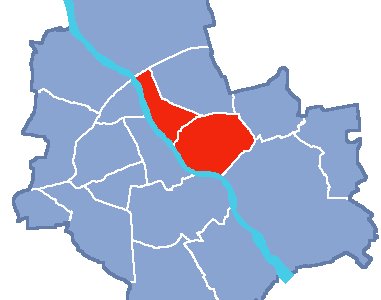 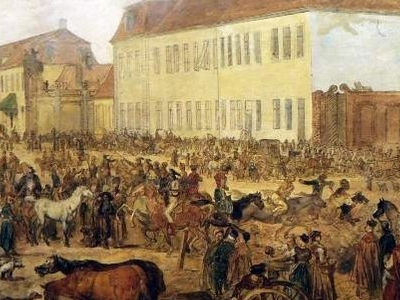 Praga is a historical borough of Warsaw, the capital of Poland. It is located on the east bank of the river Vistula. First mentioned in 1432, until 1791 it formed a separate town with its own city charter.

The historical Praga was a small settlement located at the eastern bank of the Vistula river, directly opposite the towns of Old Warsaw and Mariensztat, both being parts of Warsaw now. First mentioned in 1432, it derived its name from a Polish verb prażyć, meaning to burn or to roast, as it occupied a forested area that was burnt out to make place for the village. Separated from Warsaw by a wide river, it developed independently from the nearby city. Because of that, on February 10, 1648 king Władysław IV of Poland granted Praga with a city charter. However, as it was mostly a suburb and most buildings were wooden, the town had repeatedly been destroyed by fires, floods and foreign armies. Currently the only surviving historical monument from that epoch is the Church of Our Lady of Loreto.

Although there were numerous attempts to build a permanent bridge across the river, none succeeded and Praga remained a separate entity well into 18th century. Communications between the capital and Praga was maintained by privately-run ferries and, in the winter, over the ice. Finally, in 1791, during the reign of Stanisław August Poniatowski, Praga was attached to Warsaw as its borough.

The Battle of Praga, or Battle of Warsaw of 1794, was a Russian assault during the Kościuszko Uprising in 1794. It was followed by a massacre in which over 20,000 inhabitants of the Praga district lost their lives.

Here's the our members favorite photos of "Cities in Warsaw". Upload your photo of Praga!

Going to Praga? Get answers from our friendly locals