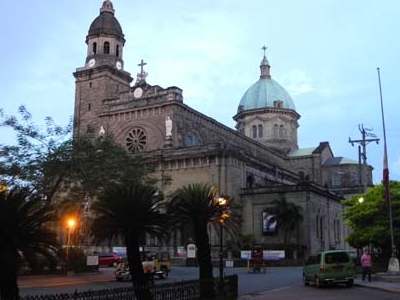 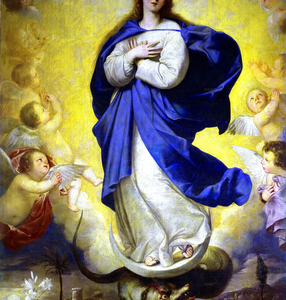 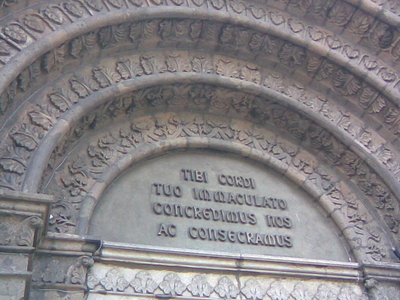 The Manila Metropolitan Cathedral-Basilica, officially known as the Cathedral-Basilica of the Immaculate Conception and informally as Manila Cathedral, is a prominent Latin Rite Roman Catholic basilica located in Manila, Philippines, honoring the Blessed Virgin Mary as Our Lady of the Immaculate Conception, the Principal Patroness of the Philippines. Located in the Intramuros district of Manila, it was originally a parish church owned and governed by the diocese of Mexico in 1571, until it became a separate diocese on February 6, 1579 upon the issuance of a Papal bull by Pope Gregory XIII.

The cathedral serves both as the Prime Basilica of the Philippines and highest seat of the archbishop in the country. The cathedral was damaged and destroyed several times since the original cathedral was built in 1581. The eighth and current incarnation of the cathedral was completed in 1958. The Basilica has merited three Papal endorsements and two Apostolic visits from Pope Gregory XIII, Pope Paul VI and Blessed Pope John Paul II, who through the papal bull Quod Ipsum declared the cathedral a minor Basilica by his own Motu Proprio on April 27, 1981.

History
The cathedral originally started as the Church of Manila and was officially established in 1571 by secular Juan de Vivero.[4] De Vivero, the chaplain on the galleon of San Geronimo, was sent by the Archbishop of Mexico to establish spiritual and religious administraion in newly-colonized Philippines.

Details of the Shrine
The main façade is replica of the original façade of the previous cathedral, along with statues of famous saints sculpted in Roman travertine stone. In the previous cathedral, they were originally made of molave wood. The statues of St. Rose of Lima was sculpted by Angelo Fattinanzi while Saint Jacob, Saint Andrew, St. Anthony the Abbott was done by sculptress Livia Papini; St. Francis Xavier St. Polycarp by Alcide Tico.

The front facade (tympanum) of the cathedral has a notable Latin inscription which reads: Tibi cordi tuo immaculato concredimus nos ac consecramus. (English: We consecrate to your immaculate heart and entrust to you (Mary) for safekeeping.)

Here's the our members favorite photos of "Churches in Manila". Upload your photo of Manila Cathedral!

Going to Manila Cathedral? Get answers from our friendly locals

Connect with Sneha Gupta, Michael Kemp and 7 other members who have already visited Manila Cathedral.