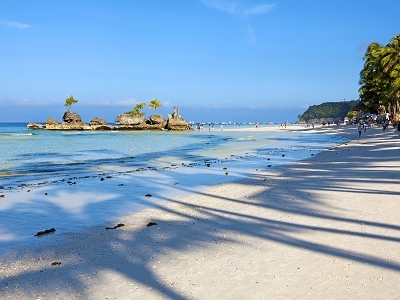 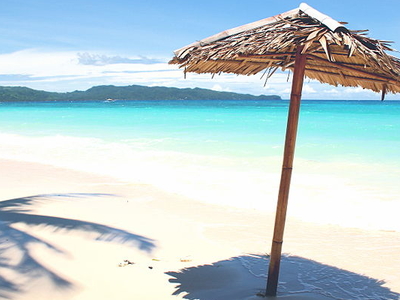 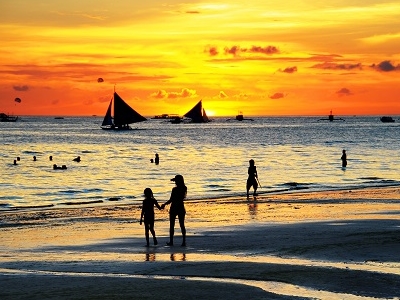 More Photos >
Save me
Been here
Want to go
Show on Map
Here to help 61 tour guides, 219 locals and 5 ambassadors

Boracay is a small island in the Philippines located approximately 315 km (196 mi) south of Manila and 2 km off the northwest tip of Panay Island in the Western Visayas region of the Philippines. Boracay Island and its beaches have received awards from numerous travel publications and agencies. The island comprises the barangays of Manoc-Manoc, Balabag, and Yapak in the municipality of Malay, in Aklan Province.

The island is administered by the Philippine Tourism Authority and the provincial government of Aklan. Apart from its white sand beaches, Boracay is also famous for being one of the World's top destinations for relaxation. It is also emerging among the top destinations for tranquility and nightlife. In 2012, Boracay was awarded as the best island in the world from the international travel magazine Travel + Leisure.

In June 2011, it was reported that Megaworld Corporation, a real estate development group led by Andrew Tan had earmarked P20 billion to develop tourism estates "featuring an integrated, master-planned layout and world-class resort offerings and amenities" in Boracay and Cavite. The planned Boracay project, Boracay Newcoast, involves four hotels with 1,500 rooms, a plaza and entertainment center.

Boracay is the site of an 18-hole par 72 golf course designed by Graham Marsh. In addition, as of 2010, Boracay has in excess of 350 beach resorts offering more than 2,000 rooms ranging in quality from five-star to budget accommodation. In addition, Boracay offers a wide range of restaurants, bars, pubs, and nightclubs.

Boracay may be a small island, but it is huge in its offering of a variety of activities -- from just swimming in its pristine blue water, strolling along the sugary white sanded beach, enjoying the night life, making choices on restaurants featuring multi-ethnic foods, and just relaxing in wonderment of the island's amazing scenery viewed from a range of affordable to five-star hotels. A landmark natural rock formation, Willy's Rock, juts prominently directly in front of Willy's Beach Resort.

Here's the our members favorite photos of "Islands in Visayas". Upload your photo of Boracay!

Going to Boracay? Get answers from our friendly locals

Get in touch with 33 Touristlink members who want to visit Boracay or with Diane Tobias, Elizabeth Quimpo and 102 others who already have been here.