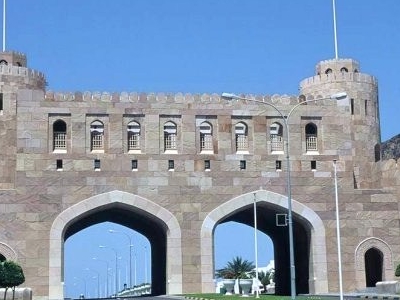 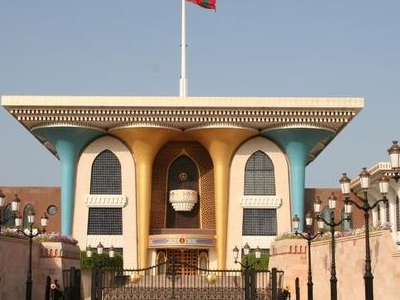 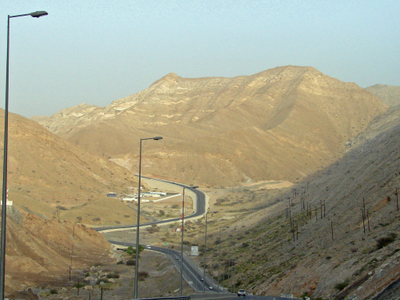 Muscat is the capital of Oman. It is also the seat of government and largest city in the Governorate of Muscat. As of 2010 census, the population of the Muscat metropolitan area was 734,697. The metropolitan area spans approximately 1,500 km sq (580 sq mi) and includes six provinces called wilayats. Known since the early 1st century CE as an important trading port between the west and the east, Muscat was ruled by various indigenous tribes as well as foreign powers such as the Persians and the Portuguese Empire at various points in its history.

A regional military power in the 18th century, Muscat's influence extended as far as East Africa and Zanzibar. As an important port-town in the Gulf of Oman, Muscat attracted foreign tradesmen and settlers such as the Persians, the Balochs and Gujaratis. Since the ascension of Qaboos bin Said as Sultan of Oman in 1970, Muscat has experienced rapid infrastructural development that has led to the growth of a vibrant economy and a multi-ethnic society.

The rocky Western Al Hajar Mountains dominate the landscape of Muscat. The city lies on the Arabian Sea along the Gulf of Oman and is in the proximity of the strategic Straits of Hormuz. Low-lying white buildings typify most of Muscat's urban landscape, while the port-district of Muttrah, with its corniche and harbour, form the north-eastern periphery of the city. Muscat's economy is dominated by trade, petroleum and porting.

Geography
On the mainland, the region extends from the mouth of the Kaipara Harbour in the north across the southern stretches of the North Auckland Peninsula, past the Waitakere Ranges and the isthmus of Auckland and across the low-lying land surrounding the Manukau Harbour. The region ends within a few kilometres of the mouth of the Waikato River. It is bordered in the north by the Northland Region, and in the south by the Waikato Region. It also includes the islands of the Hauraki Gulf.

The Hunua Ranges and the adjacent coastline along the Firth of Thames were part of the region until the Auckland Council was formed in late 2010, when they were transferred to the neighbouring Waikato Region. In land area it is smaller than all the other regions and unitary authorities except Nelson. Its highest point is the summit of Little Barrier Island, at 722 metres.

Geology
The Auckland Region is built on a basement of greywacke rocks that form many of the islands in the Hauraki Gulf, the Hunua Ranges, and land south of Port Waikato. The Waitakere Ranges in the west are the remains of a large andesitic volcano, and Great Barrier Island was formed by the northern end of the Coromandel Volcanic Zone. The main isthmus and North Shore are composed of Waitemata sandstone and mudstone, and portions of the Northland Allochthon extend as far south as Albany. Little Barrier Island was formed by a relatively isolated andesitic volcano, active around 1 to 3 million years ago. The Manukau and South Kaipara Harbours are protected by the recent sand dune deposits of the Awhitu and South Kaipara Peninsulas. Recent basaltic volcanic activity has produced many volcanic cones throughout the Auckland Region, including the iconic Rangitoto Island.

Etymology
Ptolemy's Map of Arabia identifies the territories of Cryptus Portus and Moscha Portus. Scholars are divided in opinion on which of the two related to the city of Muscat. Similarly, Arrianus references Omana and Moscha in Voyage of Nearchus. Interpretations of Arrianus' work by William Vincent and Jean Baptiste Bourguignon d'Anville conclude that Omana was a reference to Oman, while Moscha referred to Muscat. Similarly, other scholars identify Pliny the Elder's reference to Amithoscuta to be Muscat.

The origin of the word Muscat is disputed. Some authors claim that the word has Arabic origins – from moscha, meaning an inflated hide or skin. Other authors claim that the name Muscat means anchorage or the place of "letting fall the anchor". Other derivations include muscat from Old Persian, meaning strong-scented, or Arabic meaning falling-place, or meaning hidden. Maas-gat in the old Persian means "fishing place" (Moscha Portus). Even Masandam means "massan (fishes)+ dam (net)" in the old Persian. Cryptus Portus is synonymous with Oman ("hidden land"). But "Ov-man" (Omman) and the old sumerian name Magan (Maa-kan) means sea-people in Persian and Arabic.

Geography
Muscat is located in northeast Oman. The Tropic of Cancer passes south of the area. It is bordered to its west by the plains of the Al Batinah Region and to its east by Ash Sharqiyah Region. The interior plains of the Ad Dakhiliyah Region border Muscat to the south, while the Gulf of Oman forms the northern and western periphery of the city. The water along to coast of Muscat runs deep, forming two natural harbours, in Muttrah and Muscat. The Western Al Hajar Mountains run through the northern coastline of the city.

Notable Landmarks
The city has numerous mosques including the Sultan Qaboos Grand Mosque, Ruwi Mosque and Zawawi Mosque. A few Shi'ite mosques also exist here.The city has two Hindu temples – a Shiva temple and a Krishna temple. Christians, too have built their churches here on a multi-denominational compound in Ruwi.

Several new projects are being planned including a opera house - which opened on October 14, 2011. One of the most notable projects is the Oman National Museum. It is expected to be an architectural jewel along with the Sultan Qaboos Grand Mosque. Visitors are also encouraged to visit Old Muscat and the Old Palace. The main shopping district is situated in Al Qurum Commercial Area, however shopping malls are spread out throughout the city. Transport

Here's the our members favorite photos of "Cities in Muscat". Upload your photo of Muscat City!

Going to Muscat City? Get answers from our friendly locals