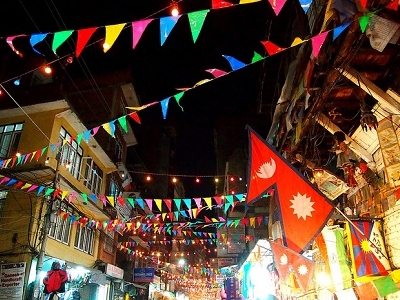 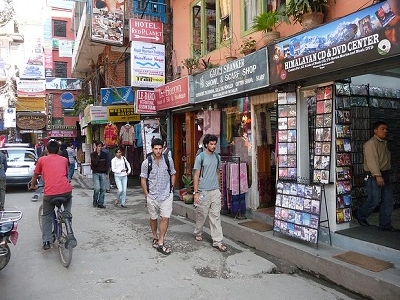 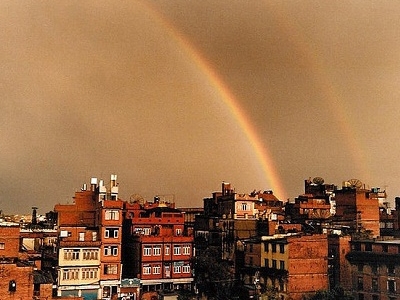 More Photos >
Save me
Been here
Want to go
Show on Map
Here to help 1,460 tour guides, 433 locals and 3 ambassadors

Thamel is the tourist place of Kathmandu, the capital of Nepal. It is a full Wi-fi zone in Nepal. Thamel has been the centre of the tourist industry in Kathmandu for over four decades starting from the hippie movement when many artists came to Nepal and spent weeks in Thamel. Even though Thamel has been referred to as the "ghetto" by some, most low-budget travelers consider it a tourist heaven.

Thamel is distinguished by its narrow streets crowded with various shops and vendors. Commonly sold goods include food, pastries, walking gear, music, DVDs, handicrafts, and clothes. Travel agencies, budget hotels and restaurants also line the streets.There are many restaurants in Thamel that serve traditional and continental cuisine, although prices tend to be significantly higher than in non-tourist areas. Food hygiene is generally better, despite the overall lack of sanitation in Nepal.

Thamel also acts as the pre-base camp for mountaineers. It boasts a wide range of mountaineering gear shops, foreign money exchange booths, pubs, clubs, and nightlife along with the numerous travel agents and guest houses. All in all, Thamel is home to a wide range of the Nepalese population for entertainment and employment purposes. On Wednesday, 28 September 2011, Thamel was declared a full Wi-fi zone in Kathmandu It is the first Wi-fi zone of [Nepal].

Here's the our members favorite photos of "Towns & Villages in Kathmandu". Upload your photo of Thamel!

Going to Thamel? Get answers from our friendly locals