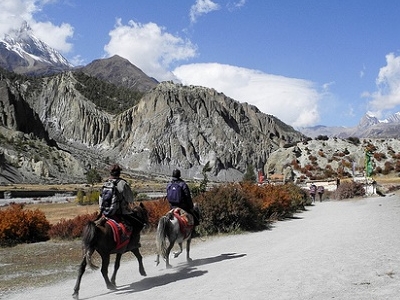 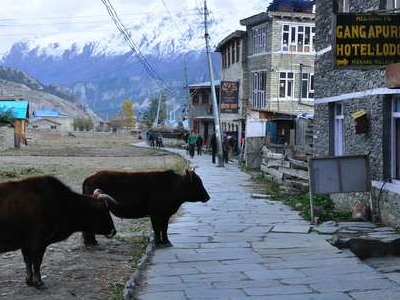 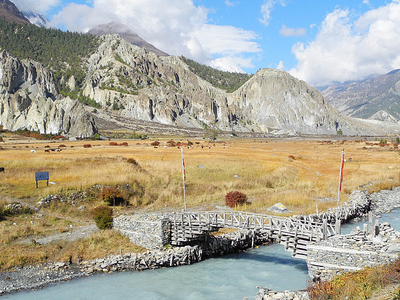 More Photos >
Save me
Been here
Want to go
Show on Map
Here to help 11 tour guides, 17 locals and 6 ambassadors

Manang is a town in the Manang District of Nepal. At the time of the 1991 Nepal census it had a population of 391 people living in 120 individual households. It is situated on the broad valley of the Marshyangdi River to the north of the Annapurna mountain range. The river flows to the east.

To the west there is the 5,416 metres (17,769 ft) high mountain pass of "Thorong La". To the north there is the Chulu East peak of 6,584 meters. Most groups trekking around the Annapurna will take resting days in Manang to acclimatize to the high altitude, before taking the Thorong La pass. The village is situated on the northern slope, which gets the most sunlight and the least snow cover in the winter. The cultivation fields are on the north slope with terraces.

Here's the our members favorite photos of "Towns & Villages in Annapurna Conservation Area". Upload your photo of Manang!

Going to Manang? Get answers from our friendly locals