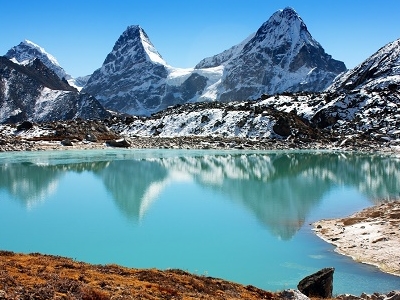 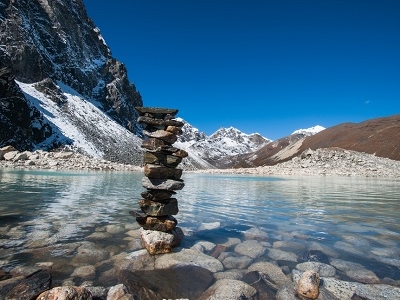 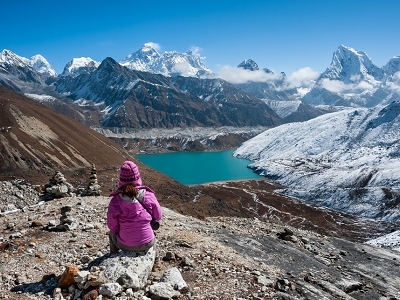 More Photos >
Save me
Been here
Want to go
Show on Map
Here to help 3,183 tour guides, 1 locals and 2 ambassadors

Gokyo Lakes are oligotrophic lakes in Nepal's Sagarmatha National Park, located at an altitude of 4,700–5,000 m (15,400–16,000 ft) above sea level. These lakes are the World’s highest freshwater lake system comprising six main lakes, of which Thonak Lake is the largest. In September 2007, Gokyo and associated wetlands of 7,770 ha (30.0 sq mi) have been designated a Ramsar site.

The Gokyo lake system of 19 lakes is spread over an area of 196.2 ha (485 acres) lying between 4,600 and 5,100 m (15,100 and 16,700 ft). The wetland lies on the head of the Dudh Kosi, which descends from Cho Oyu. The Gokyo Lakes are considered sacred by both Hindus and Buddhists. About 500 Hindus take a holy bath in the lakes during the Janai Purnima festival, which usually occurs in the month of August. On an average 7,000 tourists annually visit the Gokyo Lakes.

Here's the our members favorite photos of "Lakes in Sagarmatha National Park". Upload your photo of Gokyo Lakes!

Going to Gokyo Lakes? Get answers from our friendly locals

Get in touch with 6 Touristlink members who want to visit Gokyo Lakes or with Deepak Aryal, Shambhu Rai and 9 others who already have been here.