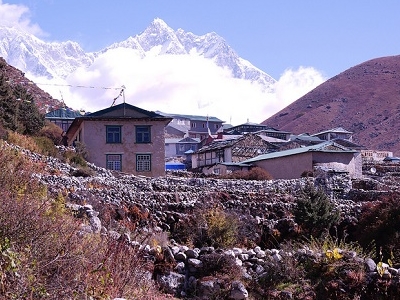 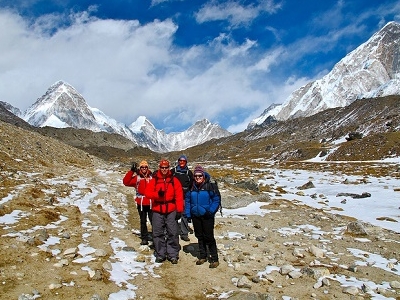 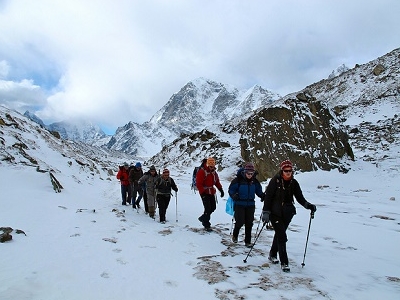 More Photos >
Save me
Been here
Want to go
Show on Map
Here to help 3,175 tour guides and 1 locals

Dingboche is a village in the Khumbu region of north eastern Nepal in the Chukhung Valley.Situated at an altitude of about 4,530 metres (14,800 ft).Dingboche is a popular stop for trekkers and climbers headed to Mount Everest, Ama Dablam or Imja Tse. Parties will typically spend two nights in Dingboche for acclimatization purposes.

The village relies heavily on tourists with lodges and tenting areas comprising most of Dingboche. The Imja River flows directly east of the village.A helicopter landing pad is located just west of the Imja River, near Moonlight Lodge. Dingboche is home to an Internet cafe (using satellite technology) and one of the World's highest billiard parlors.

One of the characteristics of Dingboche is the kilometers of stone walls, built using the stones of different sizes that cover the entire Valley of Imja. These stones are removed in order to plow the soil and end up being piled one over the other creating kilometers of walls.
Transport
Coming from Namche Bazaar or Tengboche, Dingboche is the better alternative than the village of Pheriche, in being more sunny, and less affected by the icy winds that descend through the Valley of Khumbu. There are no roads that go to the village, only trails, and with the exceptions of some agricultural products produced around the village; yaks and mules carry most of what is consumed locally.

Here's the our members favorite photos of "Towns & Villages in Sagarmatha National Park". Upload your photo of Dingboche!

Going to Dingboche? Get answers from our friendly locals