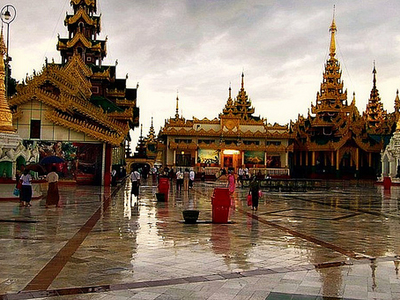 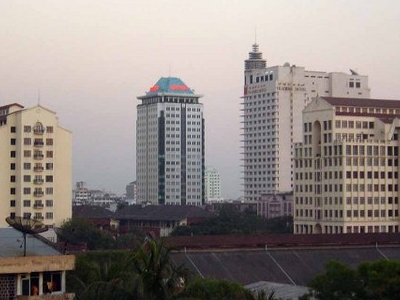 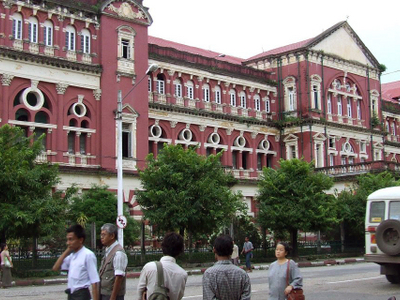 More Photos >
Save me
Been here
Want to go
Show on Map
Here to help 174 tour guides, 125 locals and 1 ambassador

Yangon (Rangoon, literally: "End of Strife") is a former capital of Burma (Myanmar) and the capital of Yangon Region. Although the military government has officially relocated the capital to Naypyidaw since March 2006, Yangon, with a population of over five million, continues to be the country's largest city and the most important commercial centre.

Although Yangon's infrastructure is undeveloped compared to those of other major cities in Southeast Asia, it has the largest number of colonial buildings in the region today. While many high-rise residential and commercial buildings have been constructed or renovated throughout downtown and Greater Yangon in the past two decades, most satellite towns that ring the city continue to be deeply impoverished.

History
Yangon was founded as Dagon in the early 11th century (circa 1028–1043) by the Mon, who dominated Lower Burma at that time. Dagon was a small fishing village centred about the Shwedagon Pagoda. In 1755, King Alaungpaya conquered Dagon, renamed it "Yangon", and added settlements around Dagon. The British captured Yangon during the First Anglo-Burmese War (1824–26), but returned it to Burmese administration after the war. The city was destroyed by a fire in 1841.

Parks and gardens
The largest and best maintained parks in Yangon are located around Shwedagon Pagoda. To the southeast of the gilded stupa is the most popular recreational area in the city – Kandawgyi Lake. The 150-acre (61-ha) lake is surrounded by the 110-acre (45-ha) Kandawgyi Nature Park, and the 69.25-acre (28-ha) Yangon Zoological Gardens, which consists of a zoo, an aquarium and an amusement park.

West of the pagoda towards the former Hluttaw (Parliament) complex is the 130-acre (53-ha) People’s Square and People's Park, (the former parading ground on important national days when Yangon was the capital.) A few miles north of the pagoda lies the 37-acre (15-ha) Inya Lake Park – a favorite hangout place of Yangon University students, and a well-known place of romance in Burmese popular culture. Hlawga National Park and Allied War Memorial at the outskirts of the city are popular day-trip destinations with the well-to-do and tourists.

Culture
Media
Yangon is the country's hub for the movie, music, advertising, newspaper and book publishing industries. All media is heavily regulated by the military government. Television broadcasting is off limits to the private sector. All media content must first be approved by the government's media censor board, Press Scrutiny and Registration Division.

Most television channels in the country are broadcast from Yangon. TV Myanmar and Myawaddy TV are the two main channels, providing Burmese-language programming in news and entertainment. Other special interest channels are MWD-1 and MWD-2, MRTV-3, the English-language channel that targets overseas audiences via satellite and via Internet, MRTV-4 and Channel 7 are with a focus on non-formal education programs and movies, and Movie 5, a pay-TV channel specializing in broadcasting foreign movies.

Here's the our members favorite photos of "Cities in Myanmar". Upload your photo of Yangon!

Going to Yangon? Get answers from our friendly locals