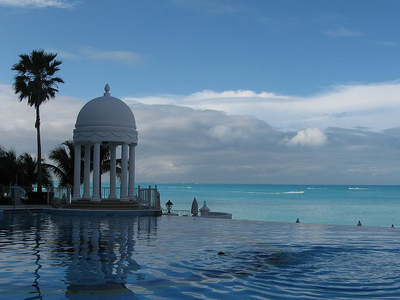 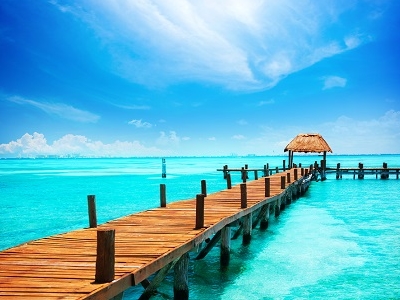 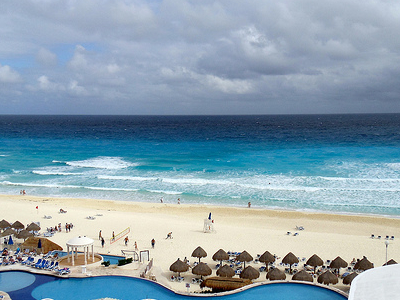 More Photos >
Save me
Been here
Want to go
Show on Map
Here to help 25 tour guides, 8 locals and 4 ambassadors

Cancún is a city in southeastern Mexico, located on the northeast coast of the Yucatán Peninsula in the Mexican state of Quintana Roo. It is an important renowned tourist destination in Mexico, as well as being the seat of the municipality of Benito Juárez. The city is located on the Caribbean Sea, and is one of the easternmost points in Mexico. Cancún is located just north of Mexico's Caribbean coast resort band known as the Riviera Maya. In older English-language documents, the city’s name is sometimes spelled "Cancoon," an attempt to convey the sound of the name.

Cancun Airport's old Control Tower Memorial:
Despite being a young city, Cancun has a memorial monument of its foundation on a replica of the old Airport Control Tower that resembles to its own date of foundation. The original Control Tower was a provisional wooden structure to satisfy the operative needs of the recently created airport. Some documents of the city mention that on that time there were no other formal buildings constructed in the city, being possibly the first built structure of Cancun's recent history.

The old airport was located on the same part of the city that today corresponds to the Kabah Avenue. The tower is 15 meters tall, has a staircase of 45 steps, and has a base dimension of 5 x 5 meters. The memorial was first built in 2002, with the donations of Aerocaribe, a local airline, but the structure was damaged after Hurricane Wilma in 2005. After the claims of the local people asking to rebuild the tower memorial, a new version was built on 2010, which was later abandoned without proper maintenance until Woox Pinturas, another local wood maintenance company, made a donation to restore the structure to its original appearance.

Mayan Archaeological Zones:
There are some small Mayan vestiges of the pre-Columbian Maya civilization in Cancún. El Rey (Las Ruinas del Rey) is located in the Hotel Zone. El Meco, a more substantial site, is found on the mainland just outside the city limits on the road north to Punta Sam.

Close by in the Riviera Maya and the Grand Costa Maya, there are sites such as Cobá and Muyil (Riviera) the small Polé (now Xcaret), and Kohunlich, Kinichná, Dzibanché, Oxtankah, Tulum, and Chacchoben, in the south of the state. Chichén Itzá is in the neighboring state of Yucatán.

Climate:
Cancún has a tropical climate, specifically a tropical wet and dry climate (Köppen Aw), with few temperature differences between seasons, but pronounced rainy seasons. The city is warm year-round, and moderated by onshore trade winds, with an annual mean temperature of 27.1 °C (80.8 °F). Unlike inland areas of the Yucatán Peninsula, sea breezes restrict high temperatures from reaching 35 °C (95 °F) on most afternoons. Annual rainfall is around 1,340 millimetres (52.8 in), falling on 115 days per year.

More temperate conditions occur from November to February with occasional refreshing northerly breezes, it is drier and becomes hotter in March and April. It is hottest from May to September, due to proximity to the Caribbean and Gulf humidity is high the year round, especially so during hurricane season (averages close to 70% on rainfree days). The hotel zone juts into the Caribbean Sea, it is surrounded by ocean therefore daytime temperatures are around 1-2C less and windspeeds are higher than at the airport located some distance inland, which is the official meteorological station for Cancún, averages as shown below.

Here's the our members favorite photos of "Cities in Quintana Roo". Upload your photo of Cancun!

Going to Cancun? Get answers from our friendly locals