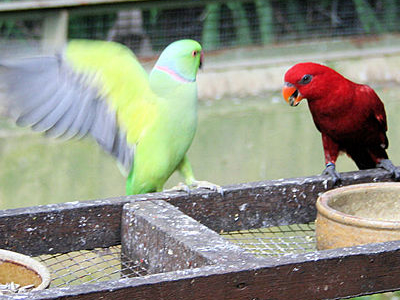 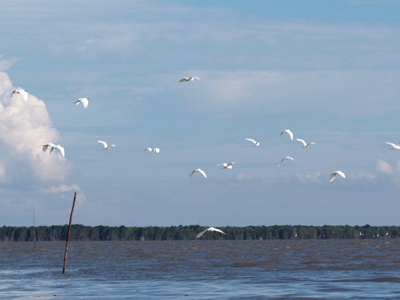 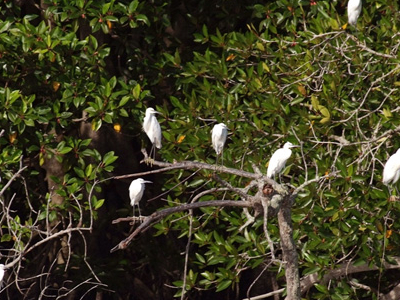 Matang Mangrove Forest is the largest stand of mangrove ecosystems in Peninsular Malaysia. These ecologically abundant mangrove habitats stretch along the west coast tidal mudflats of northern Perak for almost 50km plus another 40km along the shorelines of the sheltered river systems within the reserve's five estuaries.
During the migration season between August and April every year, more than 200,000 migratory birds representing some 50 species are estimated to stop over here.There are also well-equipped and informative visitor centres where you can get detailed educational programmes and displays, which focus on the importance of safeguarding and preserving the mangrove ecosystems and the large numbers of resident and migrant bird species.
The Kuala Gula Bird Sanctuary has won the "Best Tourist Attraction (Natural Attraction)" category during the Malaysia Tourism Awards, a prestigious award presented to agencies and organisations which contribute to the development of tourism in Malaysia.
Getting Here:
By Road:
Although the bird sanctuary is in the state of Perak, it is actually easier to get to it from Butterworth (Penang). Take the North-South Expressway south from Butterworth (Penang) for about 30 minutes, then turn off at Jawi for the town of Kuala Kurau. Another 30 minutes onwards and you should see the signs for the sanctuary.
Who To Contact:
Pn. Haliza, Chairperson of the Kuala Gula Eco-tourism Committee
Phone : +605-807 0842
En. Jalani bin Din, The Village Head
Phone : +605-890 5481

Here's the our members favorite photos of "City Parks in Kuala Lumpur". Upload your photo of Kuala Lumpur Bird Park!

Going to Kuala Lumpur Bird Park? Get answers from our friendly locals

Get in touch with 1 Touristlink members who want to visit Kuala Lumpur Bird Park or with Tina Thaweedech, Sakib Khan and 10 others who already have been here.