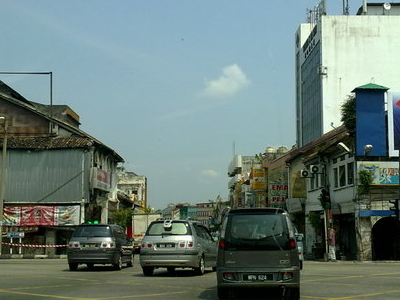 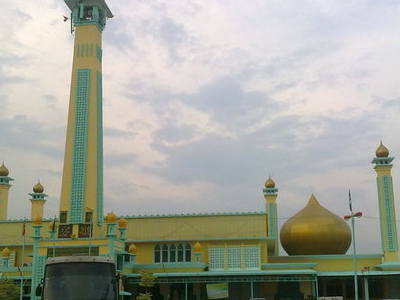 Kajang is a town in the eastern part of Selangor, Malaysia. Kajang is the district capital of Hulu Langat. It is located 21 kilometers (13 mi) from Malaysia's capital, Kuala Lumpur. The current locational gravity of growth in Kajang would be Sungai Chua. The total population of Kajang has grown rapidly in the past few years, with estimated population growth of 9% per annum. The soon-to-be-realised Klang Valley MRT station in Bandar Kajang will boost the property value in Sungai Chua.

As of 2004, a few townships have been developed in Kajang, such as Taman Prima Saujana (straight from Jalan Cheras), Sungai Chua, Taman Kajang Perdana (Kajang Highlands). Lately, many high-end developments has mushroomed in Kajang such as Twin Palms, Sri Banyan, Country Heights, Jade Hills and Prima Paramount.
Areas surrounding these new townships are easily accessible via the SILK Expressway. Kajang is governed by the Majlis Perbandaran Kajang.
Landmarks:
The center of Kajang is the bustling Old Town, where all the roads meet. Most of the colonial-era buildings were constructed around the 1920s to 1930s. The architecture of these shophouses is a combination of traditional Chinese and European designs. The ground floor was used mostly for commercial activities and the upper floor as the family living quarter.
One of Kajang's landmarks is Stadium Kajang which is situated in the heart of the town. It is near a popular hangout place among the locals named Haji Samuri, which is also home to the famous dish satay Kajang. People come from all over Malaysia to taste the satay here. The stadium can accommodate up to 5,000 people and is used throughout the year for the community soccer competitions.
Another landmark is the Kajang Mosque or Masjid Kajang, which is easily recognisable by its bright yellow facade. The mosque was painted and decorated by a local wealthy man, Datuk Ujang bin Bagong, for the benefit of the local Muslims.
Food & Tourism:
Kajang is famous for its sate (alternate spelling satay), a form of skewered barbecued meat. Informally, Kajang is known as the "Satay Town", and is famous among tourists and locals alike. The most famous place to eat satay is Haji Samuri as well as Restoran Malaysia.
Overnight accommodations include Metro Inn, Crystal Oriental Hotel, Hotel Kajang, Uptown Hotel and Kah Chong Hotels which are located within a 2 km (1.2 mi) radius of the town center.
Shopping:
Kajang has a number of new and old shopping complexes. The Billion Shopping Center in Kajang town has been around for more than 20 years. It was originally located in the heart of Kajang town and now has a new and larger branch in Bandar Technologi Kajang. Other shopping centres located in Kajang are Metro Plaza Kajang, Metro Point, and Kompleks Kota Kajang. Metro Avenue is a new shopping district located opposite SMJK Yu Hua Kajang and Kajang High School.
There has been a boom of hypermarkets in Kajang in the past 5 years, marked by the emergence of Giant stores, Tesco Kajang and Jusco Cheras Selatan.

Here's the our members favorite photos of "Towns & Villages in Selangor". Upload your photo of Kajang!

Going to Kajang? Get answers from our friendly locals