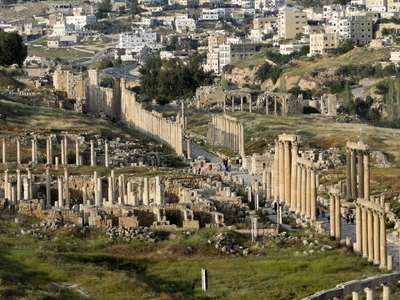 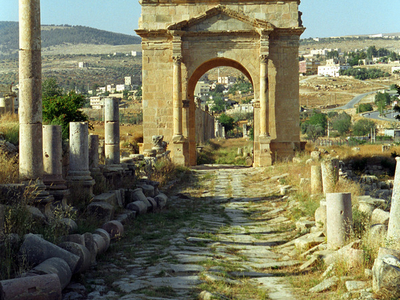 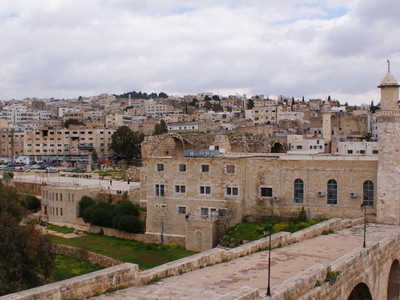 More Photos >
Save me
Been here
Want to go
Show on Map
Here to help 1 tour guides, 1 locals and 2 ambassadors

Jerash, the Gerasa of Antiquity, is the capital and largest city of Jerash Governorate (محافظة جرش), which is situated in the north of Jordan, 48 kilometres (30 mi) north of the capital Amman towards Syria. Jerash Governorate's geographical features vary from cold mountains to fertile valleys from 250 to 300 metres (820 to 980 ft) above sea level, suitable for growing a wide variety of crops.

A strong earthquake in 749 AD destroyed large parts of Jerash, while subsequent earthquakes along with the wars and turmoil contributed to additional destruction. Its destruction and ruins remained buried in the soil for hundreds of years until they were discovered by German Orientalist Ulrich Jasper Seetzen in 1806 to begin excavation and to return life to rise to the current Jerash by inhabitants of old villages. Then followed 70 years after by the community of Muslims, Circassians, who emigrated to Jordan from the land of the Caucasus in 1878 after the Ottoman-Russian war. And a large community of people of Syria at the beginning of the twentieth century.

History:
Jerash is the site of the ruins of the Greco-Roman city of Gerasa, also referred to as Antioch on the Golden River.Ancient Greek inscriptions from the city, but also literary sources both Iamvichou and the Great Etymology, establishing the foundation of the city by Alexander the Great, or his general Perdiccas who settled there aged Macedonian soldiers(Γερασμένος-Gerasmenos means aged person in Greek). This will take place during the spring of 331 BC, when Alexander left Egypt, cross Syria and then went to Mesopotamia. It is sometimes misleadingly referred to as the "Pompeii of the Middle East or Asia", referring to its size, extent of excavation and level of preservation (though Jerash was never buried by a volcano). Jerash is considered one of the most important and best preserved Roman cities in the Near East. It was a city of the Decapolis.

Economy:
Jerash economy depends largely on the tourists who visit the ancient city. It is also an agricultural city with more than 1.25 million olive trees in Jerash Governorate.However, the location of Jerash, just half an hour ride from two of the largest cities in Jordan, Amman and Irbid, contributed to slowing down its development, as investments tend to go to the larger cities. Jerash Private University is the only university in Jerash and is located on the highway that connects Jerash to Amman, in the south eastern suburbs of the town.

Modern Jerash:
Jerash has developed dramatically in the last century and the growing importance of the tourism industry to the city. Jerash is now the second-most popular tourist attraction in Jordan, closely behind the splendid ruins of Petra. The ruins have been carefully preserved and spared from encroachment, with the modern city sprawling to the west of ancient Jerash's city walls.

Ancient Jerash:
Remains in the Greco-Roman Jerash include:

Here's the our members favorite photos of "Cities in Jordan". Upload your photo of Jerash!

Going to Jerash? Get answers from our friendly locals