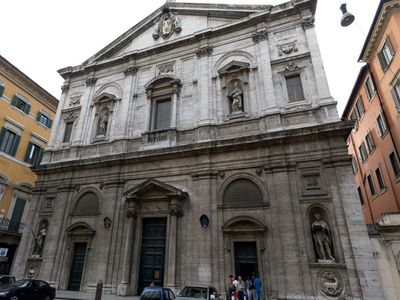 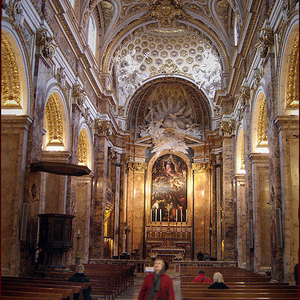 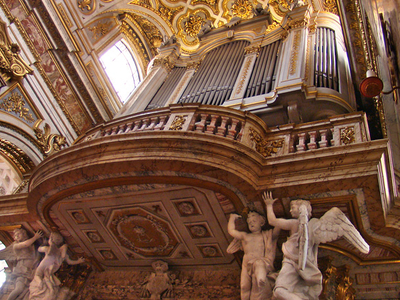 Save me
Been here
Want to go
Show on Map
Here to help 64 tour guides, 50 locals and 1 ambassador

The Church of St. Louis of the French (Italian: San Luigi dei Francesi, French: Saint Louis des Français, Latin: S. Ludovici Francorum de Urbe) is a Roman Catholic church in Rome, not far from Piazza Navona. The church is dedicated to the Virgin Mary, to St. Denis the Areopagite and St. Louis IX, king of France. The church was designed by Giacomo della Porta and built by Domenico Fontana between 1518 and 1589, and completed through the personal intervention of Catherine de' Medici, who donated to it some property in the area. It is the national church in Rome of France. It is a titular church; the current Cardinal-Priest of the Titulus S. Ludovici Francorum de Urbe is André Vingt-Trois.

Exterior:
Giacomo della Porta made the façade as a piece of decorative work entirely independent of the body of the structure, a method much copied later. The French character is evident from the façade itself, which has several statues recalling national history: these include Charlemagne, St. Louis, St. Clothilde and St. Jeanne of Valois. The interior also has frescoes by Charles-Joseph Natoire recounting stories of Saint Louis IX, Saint Denis and Clovis.

The church's most famous item is, however, the cycle of paintings in the Contarelli Chapel, painted by the Baroque master Caravaggio in 1599-1600 about the life of St. Matthew. This include the three World-renowned canvases of The Calling of St Matthew, The Inspiration of Saint Matthew, The Martyrdom of Saint Matthew.

Here's the our members favorite photos of "Churches in Rome". Upload your photo of San Luigi dei Francesi!

Going to San Luigi dei Francesi? Get answers from our friendly locals

Get in touch with 3 Touristlink members who want to visit San Luigi dei Francesi or with Domus Betti, Omar Farag Sedky and 7 others who already have been here.