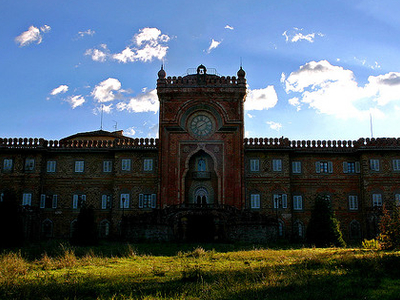 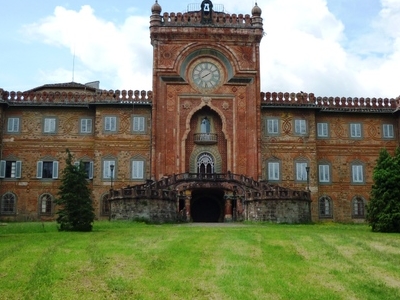 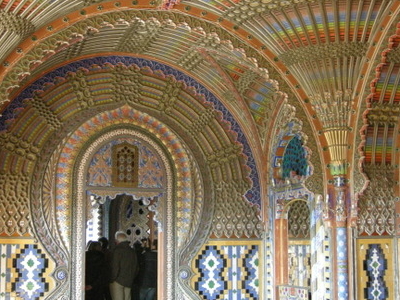 Sammezzano, or the Castle of Sammezzano, is a palazzo in Tuscany notable for its Moorish Revival architectural style.The original palazzo was erected in about 1605 by the Spanish nobleman, Ximenes of Aragon. In the 19th century, Ferdinand Panciatichi Ximenes inherited the property and, between 1853 and 1889, remodeled it into one of the largest examples of Moorish Revival architecture. King of Italy Umberto I visited Ximenes at Sammezzano in 1878.

The palazzo served as a luxury hotel in the post WWII era, then was vacated and closed. A committee called FPXA 1813-2013, acronym for Ferdinand Panciatichi Ximenes d’Aragon was organized in 2012 to attempt to restore and preserve the palazzo which has 365 rooms, each with unique, Moorish decoration.