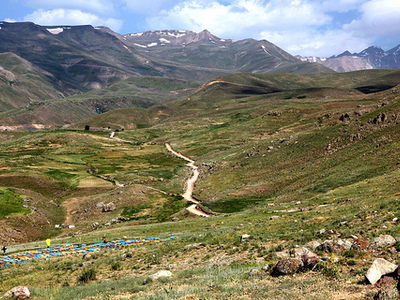 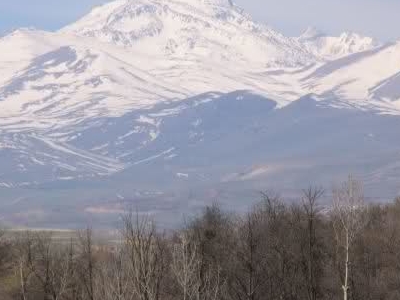 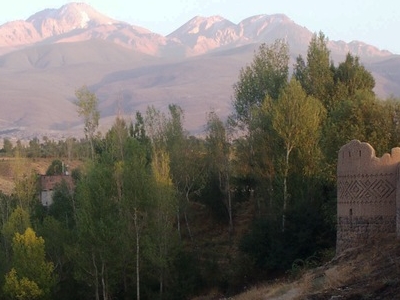 Sabalan (Persian: سبلان, Azerbaijani: Savalan, ساوالان, Armenian: Շահվարզան) is an inactive stratovolcano in Ardabil province of northwestern Iran. It is the third highest mountain in Iran and has a permanent crater lake formed at its summit. Sabalan has a ski resort (Alvares) and different tourist areas such as the Sarein spa. The mountain is known for its beautiful vistas, including the Shirvan gorge, where few climbers ever venture. According to some beliefs, the Mount Sabalan was the place where Zoroaster meditated for some years, so Mt. Savalan is one of the important sacred places in Zoroastrianism.

Located in the extreme north west of Iran in meshkin shar (khiav), Sabalan is the country's third highest peak after Damavand and Alam-Kuh. At 4,811 metres it is taller than Mount Blanc in the Alps. The mountain offers many attractions throughout the year. On the slopes of the mountain the mineral water from springs attracts large amounts of tourists each year, many have faith in healing properties believed to be in the springs.

The nomadic people of the area live in small villages, with their round "Yurt" tents appealing to tourism. Sabalan is a volcanic peak, and at 3,600 metres you can see gigantic 'sculptures' which are eroded volcanic stone outcrops which resemble animals, birds and insects.

Climbing:
The climbing surface includes rocks of various sizes (Class 2 scrambling), and a moderate degree of fitness is required to climb it. The climb from the base camp starts easy, becomes challenging mid way, then eases in gradient near the top. The lake on the top remains frozen except for about four weeks in late July to early August.

Some climbers start by driving to hot springs of Meshgin Shahr, where they start their climb. This climb takes about two days, reaching to the base camp on the first day. Others take a taxi to base camp early in the morning, and climb the mountain in one day.

Here's the our members favorite photos of "Peaks or Summits in Iran". Upload your photo of Sabalan!

Going to Sabalan? Get answers from our friendly locals

Get in touch with 1 Touristlink members who want to visit Sabalan or with Oaksland Travel who already have been here.

Peaks or Summits in Iran