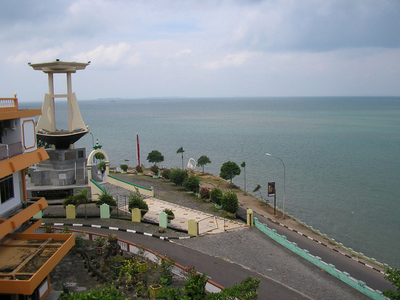 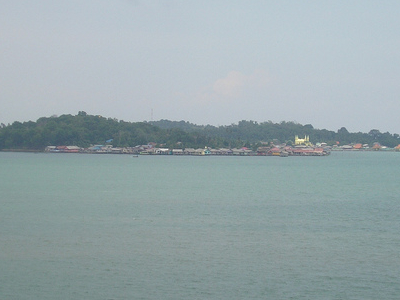 Once the former capital of Bintan island only, today, the town of Tanjung Pinang has grown into the capital city of the entire Province of the Riau Archipelago – or Kepulauan Riau, better known as Keppri for short.  And since 21 June 2001 Tanjung Pinang was also designated an autonomous Municipality.

Tanjung Pinang is located at the south western coast of the island of Bintan and faces the historic little island of Penyengat, that once was the seat of the  powerful Johor-Riau kingdom. However, in 1782, the last sultan, Raja Haji Fisabilillah, was defeated by the Dutch,  which ended the Riau kingdom.

Because of its strategic location on the southern end of the Malay peninsula that separates the Strait of Malacca and the South China Sea, Bintan was for centuries the haven for trading vessels to shelter, when they waited out typhoons either on their journey to China or to India.  The famous Venetian traveller, Marco Polo, is said to have also sojourned on the island. Tanjung Pinang, therefore, has always been a cosmopolitan city. It is small wonder, therefore, that you can find here mosques, churches, Buddhist, Tao and Hindu temples located close to one another.  While the different ethnic communities and races live peacefully with one another.

The city is not large, but definitely growing outwards with new roads leading around and out of the city.  Most of its inhabitants, including on the many surrounding small islands are Malay and Bugis (originally from South Sulawesi), Banjar from Kalimantan and Chinese Peranakan, mostly of Teochew and Hokien descent,  who have lived here for generations. There are also many Bajau sea nomads that live on boats but sail among the islands. Lately, as the economy of the city grew, Tanjung Pinang attracted migrants from Batak lands in North Sumatra, Minangkabau from West Sumatra and Sundanese from West Java.

The old part of the city is along the boulevard by the sea that faces Penyengat where stands the Residence of the Bupati or Regent.  The building is easily recognizable by its colonial architecture with pillars on its front veranda.  Slightly  across  the road is the busy ferry terminal , named Sri Bintan Pura, where ferries from Singapore and Malaysia bring in tourists, while smaller ferries and boats carry passengers to the other islands of Riau, including to Batam,  Rempang, the Karimun  Islands, and other smaller islands.

Today this area is the commercial hub of the city, where are located banks, malls, hotels, restaurants  and shopping centers.

Meanwhile, with growth, the provincial government has moved further north to the Senggarang area.  Senggarang used to be a small seaside village inhabited mostly by the Chinese who built their houses on stilts over the sea.  To reach these houses one had to walk on boardwalks, but nowadays  large parts have been paved to allow for motorized vehicles.

The construction of modern Tanjung Pinang‘s Sultan Haji Fisabilillah airport and the daily flights now available between Jakartaand Tanjung Pinang by Garuda Indonesia, Lion Air and Sriwijaya Air have increased passenger traffic to Bintan, that was formerly easier accessible from Singapore rather than from Jakarta.  Flights to Tarempa and the amazing dive spots in The Anambas Islands also take off from this airport.

Bintan and the more than 3,000 Riau islands have many beautiful beaches , historic sites, offering many exciting activities like snorkeling, fishing, cycling, sailing and a whole lot more.

Tanjung Pinang is your entry port to explore the many wonders that the Riau Islands have to offer.

Here's the our members favorite photos of "Cities near Sumatra Island". Upload your photo of Tanjung Pinang!

Going to Tanjung Pinang? Get answers from our friendly locals