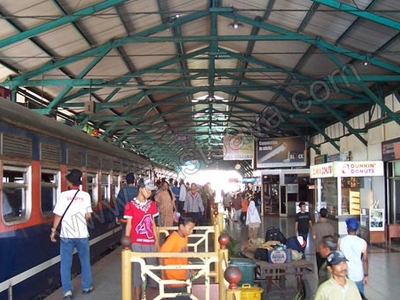 Surabaya Pasar Turi Station is the largest train station in Surabaya, East Java. Located near the biggest market Pasar Turi, Semarang 1 street, Tembok Dukuh, Bubutan, Surabaya. Pasar Turi Station has passenger trains that travel to the west of Surabaya such as to Jakarta and Semarang.

Here's the our members favorite photos of "Railway Stations in Surabaya". Upload your photo of Pasar Turi Station!

Going to Pasar Turi Station? Get answers from our friendly locals

Connect with Firda, Talita and 4 other members who have already visited Pasar Turi Station.