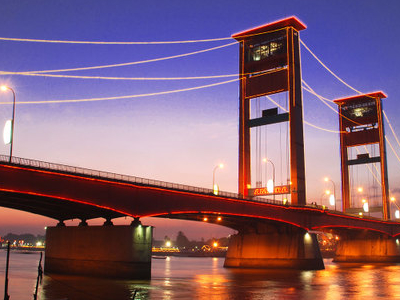 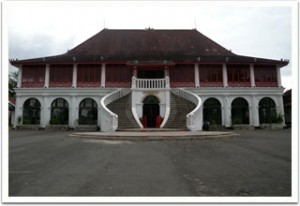 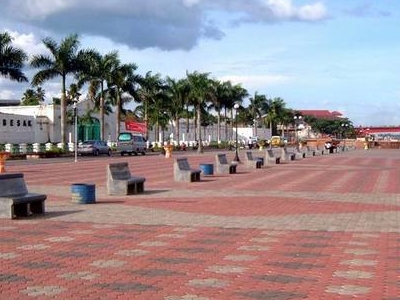 Palembang is the capital city of the South Sumatra province in Indonesia. Located on the Musi River banks on the east coast of southern Sumatra island, it has an area of 358.55 square kilometres and a population of 1.742.186 million people (2013). Palembang is the second-largest city in Sumatra after Medan and the seventh-largest city in Indonesia. The city hosted the 26th edition of Southeast Asian Games from 11 to 22 November 2011 along with Jakarta.

Palembang is one of the oldest cities in Indonesia, and has a history of being the capital city of the Kingdom of Srivijaya, a powerful Malay kingdom, which influenced much of Southeast Asia. The earliest evidence of its existence dates from the 7th century; a Chinese monk, Yijing, wrote that he visited Srivijaya in the year 671 for 6 months. The first inscription in which the name Srivijaya appears also dates from the 7th century, namely the Kedukan Bukit Inscription around Palembang in Sumatra, dated 683.

While the Srivijaya kings lived inland on shore, his subjects lived along the wide Musi river, manning the powerful fleet and busily trading in gold, spices, silks, ivories and ceramics with foreign merchants who sailed in from China, India and Java. In 1025, however, the king of Chola in South India sent a fleet to Sumatra, destroying the kingdom, marking the end of its golden era.

Here's the our members favorite photos of "Cities near Sumatra Island". Upload your photo of Palembang!

Going to Palembang? Get answers from our friendly locals