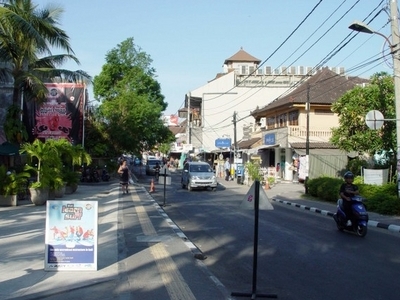 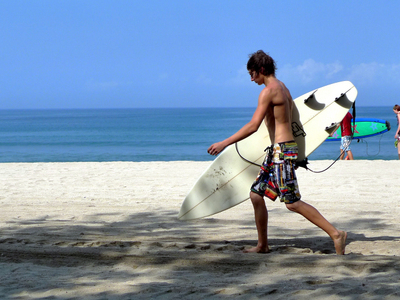 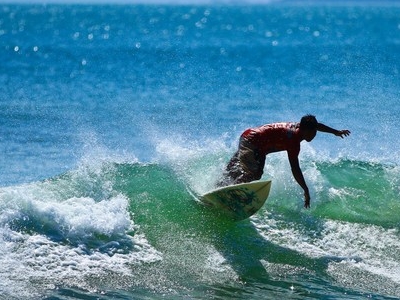 More Photos >
Save me
Been here
Want to go
Show on Map
Here to help 434 tour guides, 163 locals and 4 ambassadors

Kuta is administratively a district (kecamatan) and subdistrict/village (kelurahan) in southern Bali, Indonesia. A former fishing village, it was one of the first towns on Bali to see substantial tourist development, and as a beach resort remains one of Indonesia's major tourist destinations. It is known internationally for its long sandy beach, varied accommodation, many restaurants and bars, and many renowned surfers who visit from Australia. It is located near Bali's Ngurah Rai Airport.

Kuta Beach:
The beach has been notable since early 1970s. Kuta beach is also known as Sunset Beach, as opposed to the Sunrise Beach, another name for Sanur Beach. Luxury resorts, restaurants, and clubs are located along the beach.

In 2011, a two-meter white sandstone fence, built in a Balinese architecture style, was built along the road to block the sand from blowing to the cafes and restaurants. The project costed Rp.4 billion ($0.47 million). Some tourists dislike it as it is considered blocking the beach view, while some others believe the wall helps dampen the sounds from the congested traffic street. To make the beach cleaner, as of late August 2011, the vendors are prohibited to sell food at the Kuta Beach, but they are still allowed to sell beverages and souvenirs.

Here's the our members favorite photos of "Towns & Villages in Bali". Upload your photo of Kuta!

Going to Kuta? Get answers from our friendly locals