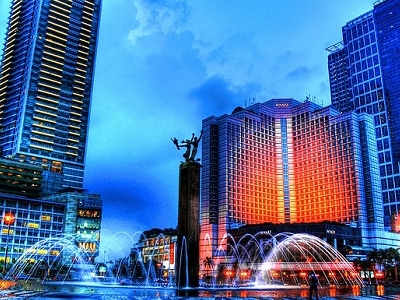 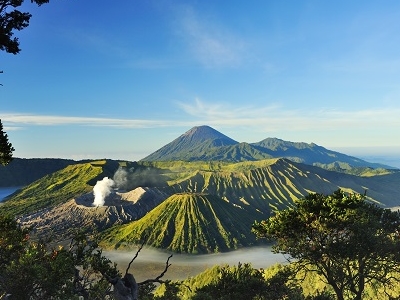 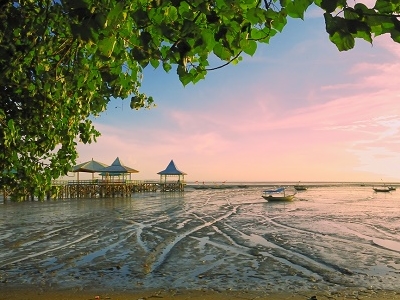 Java is an island of Indonesia. With a population of 135 million (excluding the 3.6 million on the island of Madura which is administered as part of the provinces of Java), Java is the World's most populous island, and one of the most densely-populated places on the globe. Java is the home of 60 percent of the Indonesian population. The Indonesian capital city, Jakarta, is located on western Java. Much of Indonesian history took place on Java. It was the center of powerful Hindu-Buddhist empires, the Islamic sultanates, and the core of the colonial Dutch East Indies. Java was also the center of the Indonesian struggle for independence during the 1930s and 40s. Java dominates Indonesia politically, economically and culturally.

Etymology:
The origins of the name "Java" are not clear. One possibility is that the island was named after the jáwa-wut plant, which was said to be common in the island during the time, and that prior to Indianization the island had different names. There are other possible sources: the word jaú and its variations mean "beyond" or "distant". And, in Sanskrit yava means barley, a plant for which the island was famous. "Yawadvipa" is mentioned in India's earliest epic, the Ramayana.
Geography:
Java lies between Sumatra to the west and Bali to the east. Borneo lies to the north and Christmas Island to the south. It is the world's 13th largest island. Java is surrounded by Java Sea in the north, Sunda Strait in the west, Indian Ocean in the south and Bali Strait and Madura Strait in the east. Java is almost entirely of volcanic origin; it contains thirty-eight mountains forming an east-west spine which have at one time or another been active volcanoes. The highest volcano in Java is Mount Semeru (3,676 m). The most active volcano in Java and also in Indonesia is Mount Merapi (2,968 m). See Volcanoes of Java.
Natural Environment:
The natural environment of Java is tropical rainforest, with ecosystem ranged from coastal mangrove forest on north coast, rocky coastal cliff on southern coast, low-lying tropical forest, to high altitude rainforest on slopes of mountainous volcanic regions in the interior. The Java environment and climate gradually altered from west to east; from wet and humid thick rainforest in western parts to dry savanna environment in the east, it corresponds to the climate and rainfalls in these regions.
Spread Of Islam And Rise Of Islamic Sultanates:
By the end of the 16th century, Islam, through conversion firstly amongst the island's elite, had surpassed Hinduism and Buddhism as the dominant religion in Java. During this era, the Islamic kingdoms of Demak, Cirebon, and Banten were ascendant. The Mataram Sultanate became the dominant power of central and eastern Java at the end of the 16th century.
Ethnicity And Culture:
Despite its large population and in contrast to the other larger islands of Indonesia, Java is comparatively homogeneous in ethnic composition. Only two ethnic groups are native to the island—the Javanese and Sundanese. A third group is the Madurese, who inhabit the island of Madura off the north east coast of Java, and have immigrated to East Java in large numbers since the 18th century. The Javanese comprise about two-thirds of the island's population, while the Sundanese and Madurese account for 20% and 10% respectively.

Here's the our members favorite photos of "Islands in Indonesia". Upload your photo of Java Island!

Going to Java Island? Get answers from our friendly locals

Get in touch with 221 Touristlink members who want to visit Java Island or with Deepak Gupta, Deepak Aryal and 608 others who already have been here.